The Samahang Basketbol ng Pilipinas announced on Sunday the final 12-man lineup for the Philippines in its FIBA World Cup campaign set to begin on August 31 in Foshan, China.

The lineup was submitted by Coach Yeng Guiao on Sunday and approved by the SBP after the tuneup game between Gilas and the Adelaide 36ers. Andray Blatche will be at the forefront of the attack once more in his second foray on basketball's biggest stage. Joining him are mainstays June Mar Fajardo, Gabe Norwood and Japeth Aguilar, along with Troy Rosario, Raymond Almazan, RR Pogoy, Mark Barroca and Paul Lee.

Kiefer Ravena, back from serving his 18-month suspension, also made it along with rookies Robert Bolick and CJ Perez.

Cut from the roster were Beau Belga and injured players Matthew Wright and Poy Erram.

Guiao has said the three players cut from this lineup will play in the basketball tournament of the Southeast Asian Games, which will start early December.

"Of course, [we took into consideration] what we saw overall from the first day of Gilas practice to the last day today, which is the decision time. The players' health will play a factor, as well as the cohesion that they provide with the rest of the lineup," Guiao said.

GILAS IN THE FIBA WORLD CUP 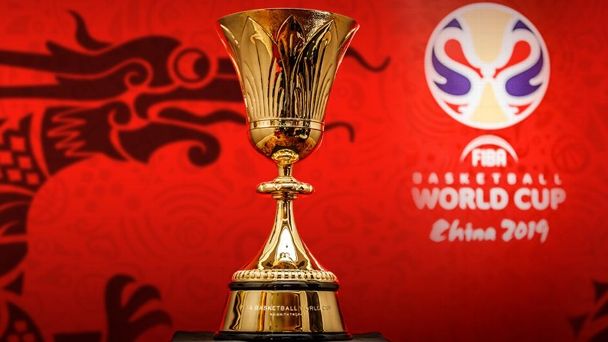 Gilas Pilipinas will compete in the FIBA World Cup for the second straight time. For updates on the Philippine national team, click here.

Gilas will open the tournament by battling Italy before taking on medal favorites Serbia on September 2. The Philippines will then wrap up the group stages on September 4 when it faces Angola.

"These are the 12 gallant men who will fight for flag and country in the FIBA Basketball World Cup 2019 in China," SBP president Al Panlilio said in a statement. "But they would not have gotten this opportunity if it were not for the sacrifices of all the players, coaches, and staff that helped along the way throughout the FIBA Asian Qualifiers".

"This is YOUR Gilas Pilipinas and they'll do their best to represent the 100 million Filipinos and promote the Philippine brand of basketball on the world stage".