We honor the athletes who excelled in the 2010s, those who made their mark, raised the bar, and collected championship trophies along the way. At the start of the decade, there was no clear-cut best player in the PBA. Different players won the MVP every year. As the decade ends, there is no question who the best PBA player is. In fact, June Mar Fajardo has already made a strong case for being the best PBA player of all time.

Back in college, June Mar Fajardo was already a towering presence making a name for himself in his hometown of Cebu. Yet, despite the heft, the 6-foot-10 struggled to lift light weights during his freshman year at University of Cebu.

It was understandable. After all, basketball was relatively new for Fajardo, who was used to playing billiards in his spare time. Earlier in his life, he never envisioned himself becoming a cager, much less dominate the sport only his father and brother loved. 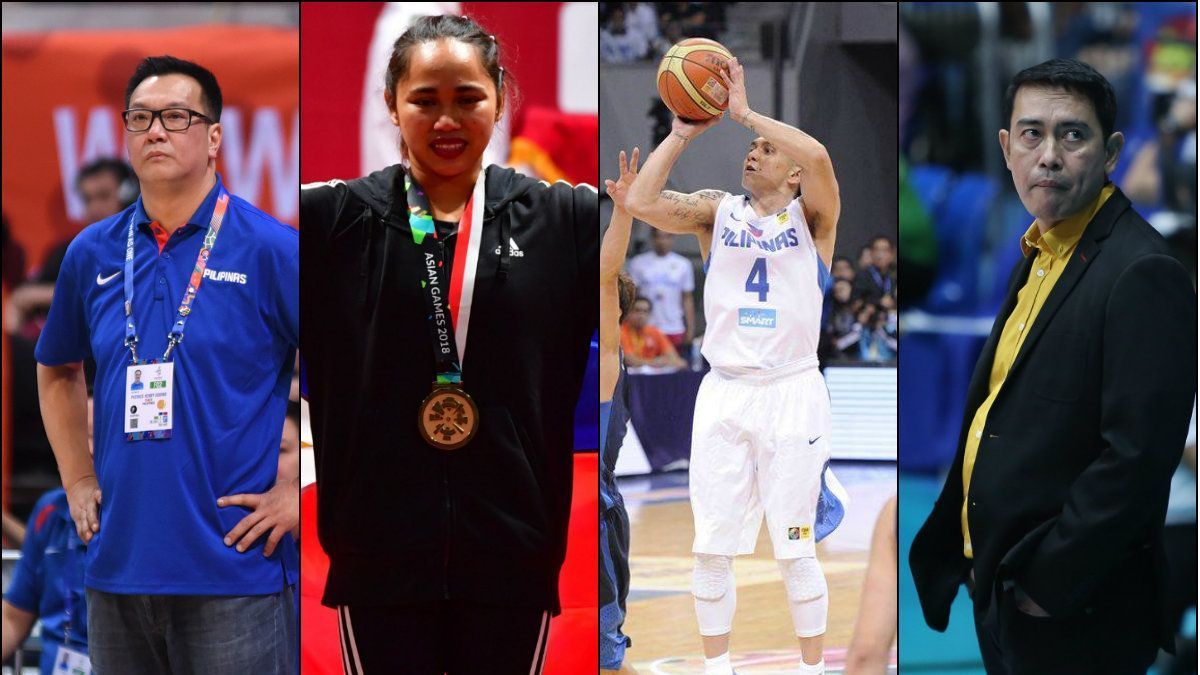 That wasn't the case years later.

Now Fajardo carries the San Miguel Beermen on his broad shoulders in the PBA. With him at the forefront of a vaunted offense that has left many teams scratching their heads, the Beermen have copped eight titles and moved a championship away from a Grand Slam twice.

He is a virtually unstoppable beast inside the paint with skills running the gamut from point-blank shots to mid-range jumpers. To at least contain the slotman from Pinamungahan, Cebu, teams normally need to send two to three bodies to defend him.

With five consecutive MVP plums, eight Best Player of the Conference awards, among others under his belt, Fajardo is easily the best player in the league right now.

Or maybe the best ever. Only a few will disagree with that.

Boys gifted with size normally have an outright ticket to basketball stardom. Unlike them, though, Fajardo had to go through a rough road to make the UC team.

He tried out for a spot in the UC lineup. Fajardo and his father Bonifacio had to travel at least an hour every day for a month from Pinamungahan to attend the team's practice in Cebu City.

Fajardo was really lagging behind in terms of skills while others his age already developed a decent game. But he persevered, knowing it was the only way he could repay the sacrifices of his parents.

Even when he made the PBA, Fajardo didn't really make a splash right away. He languished in the shadows of No. 2 pick Calvin Abueva, who won the Rookie of the Year honors while leading Alaska to a Commissioner's Cup championship that season.

But there was no stopping Fajardo from trying to improve. And when he finally won his first MVP the year later, his dominance had the league struggling to find ways to stop him.

What's more impressive than his beefed up resume is his humility. Even with all the awards and recognition by fellow players, coaches, contemporaries, and fans, Fajardo remains the same person he was before basketball.

There's no doubt much of San Miguel Beermen's success in recent years can be attributed to him. His teammates always attest to that. But in true Fajardo fashion, he has always deflected credit to the coaching staff and his compatriots.

Indeed, the core of the Beermen boast of seasoned veterans who learned to play together to become one of the deadliest units the PBA has seen in a while.

The sky is the limit for Fajardo, who could add a sixth straight MVP award after the ongoing PBA season.

Yet Fajardo knows there's more room for improvement. He sets his sights on more glory, but keeps his feet on the ground.

Nothing has really changed for Fajardo aside from his basketball prowess that is still improving - bad news for the rest of the PBA. He is still the same kid who struggled to lift weights, only now he is trying to carry the winngest team in PBA history.