Multi-titled coach Arturo "Turo" Valenzona has coached countless players in his five-decade career, many of whom were or eventually became stars in the PBA. And for a four-year stretch in the 1980s, he coached two of the league's greatest players: Robert "Sonny" Jaworski and Ramon Fernandez.

During a guesting on An Eternity of Basketball with Charlie Cuna, Noel Zarate and Sid Ventura on Tuesday, Valenzona, now 77 years old, recalled what it was like to coach both legends on separate teams.

Up close with the Big J

Despite successful stints in the old MICAA and the UAAP, it wasn't all smooth sailing for Valenzona in the professional ranks. His first foray into PBA coaching was marked by challenges during the 1982 and 1983 seasons, as he had to deal with a low budget and unheralded players.

But Valenzona's magic from the UAAP managed to rub off on Gilbey's Gin, which prior to his arrival had never made it to a conference finals. The Gin Tonics overcame the odds by finishing second in the 1982 Open Conference behind the two-import combo of Lew Massey and Larry McNeill, bowing to Toyota in the Finals, 3-0.

The following conference, the 1983 All-Filipino, Gilbey's Gin again made the finals, but were swept once more in three games, this time by the powerhouse Crispa Redmanizers.

When Toyota disbanded in early 1984, majority of its players led by Fernandez went to Beer Hausen. But Jaworski and long-time backcourt mate Francis Arnaiz had other plans.

According to Valenzona, Jaworski and Arnaiz initially went to Crispa to try out. But with a loaded roster, the Redmanizers might not have had room for the star duo. Valenzona can only surmise what happened.

What was buzzing back then was the brewing feud between Jaworski and Fernandez, which led to their parting of ways when Toyota's franchise was sold to Asia Brewery.

Valenzona revealed that Jaworski and Arnaiz came to Gilbey's Gin's practice one day, asking if they can be taken in, even without a salary.

Valenzona said Jaworski was persistent, telling him to just take them in because all he wanted was to at least retire from another PBA team.

With Jaworski and Arnaiz onboard, Gilbey's Gin's backcourt got the much-needed boost. And this excited Valenzona even more.

Still, despite a souped-up backcourt, Valenzona's quest for a PBA title failed to materialize as Gilbey's Gin succumbed to Crispa, 4-1, in the 1984 First All-Filipino conference.

Valenzona left Gilbey's Gin at the end of his three-year contract. With a standing offer from Tanduay, he parted ways with the team. Jaworski eventually succeeded Valenzona and was named the team's playing coach, a role he would have for the next 13 seasons.

Valenzona, meanwhile, was about to coach another former Toyota star and finally taste championship success in the PBA.

Despite his coaching successes as a UAAP coach with FEU during the 1970s through the early 1990s, Valenzona valued the coaching tips he got from Fernandez during their brief but championship-littered partnership with Tanduay in the mid-1980s.

When Valenzona came on board as Tanduay's new head coach, replacing Orly Castelo midway through the 1985 PBA Third Conference, the Rhum Makers, in an effort to shake things up, engineered a blockbuster trade that brought in Fernandez.

Fernandez was already an established star in the pro league, but Valenzona said he never encountered problems handling the Tanduay star.

Valenzona marveled at the professionalism of Fernandez, who was often the first man to arrive for practice. Championships soon came for the franchise, which won three PBA titles during the 1986 and 1987 seasons, with the talented Fernandez standing at the forefront of Tanduay's glory days and a near Grand Slam title in 1986.

Fernandez displayed import-like numbers during the entire season after averaging 18.32 points, 9.92 rebounds, 5.77 assists and 1.27 steals in 62 games. He went on to win the third of what would turn out to be four league MVPs. 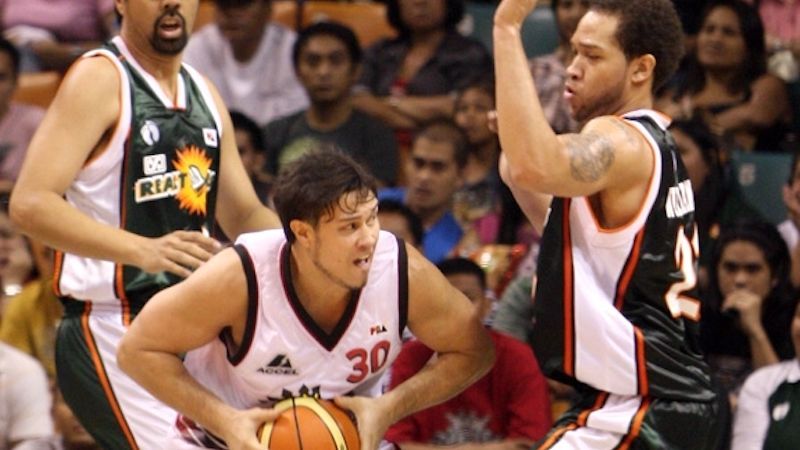 The Rhum Makers then captured their second straight PBA crown via a 3-1 Finals series win over the Robert Jaworski-coached Ginebra side in the All-Filipino conference and move within one championship of registering a Grand Slam.

Ginebra though came back strong by ruling the 1986 Open Conference behind the strong import tandem of Michael Hackett and Billy Ray Bates, thus denying Tanduay a Triple Crown.

Valenzona said he was fortunate to get the all-out support of management that enabled him to get dominating imports.

After the 1987 All-Filipino Conference, Tanduay replaced Valenzona, who would move to Hills Bros. and coach the team until the end of the 1988 season. Although he never won another PBA title, Valenzona went on to achieve tremendous success at the collegiate level in the 1990s, winning titles with FEU in the UAAP and San Sebastian in the NCAA. Under his guidance, the Stags scored an unprecedented five-peat from 1993 to 1997, although he was officially a consultant for the last championship.