CHARLOTTE, N.C. -- Teddy Bridgewater insists he won’t be upset if the Carolina Panthers use the eighth pick of the NFL draft on a quarterback who could replace him as the starter in 2021.

That's a good thing, because coach Matt Rhule on Monday left open that possibility and wouldn’t commit to Bridgewater as the starter next season.

“We’ll see what happens moving forward," Rhule said in his season wrap-up Zoom news conference. “Teddy is here. I have a lot of respect for him. I believe in what he can do. I’ve seen glimpses, flashes of us as an offense looking really good. We need to get Christian [McCaffrey] back. We need to have a run game we can rely on.

“With regards to the draft and players, we’ll look at every opportunity to have the best we can have at every position, and that includes the quarterback position."

Rhule’s response shouldn’t be a surprise. He said he believes in competition at every position and admits he typically wouldn’t give a “resounding yes" committing to any player being the starter next year.

That being said, Rhule was clear heading into the 2020 season that Bridgewater was the starter as soon as the Panthers in March signed him to a three-year, $63 million deal to be Cam Newton’s replacement.

There is no such clarity now after Bridgewater spent the final quarter and a half of a 5-11 season on the bench watching backup P.J. Walker and Tommy Stevens take all the snaps.

“We’ll have to wait and see in term with any moves we make in the offseason and where we’re headed, both at the quarterback position and any position," Rhule said.

Getting McCaffrey back to the level he was in 2019 -- when he became the third player in NFL history to have 1,000 yards rushing and receiving in the same season -- will help no matter who’s at quarterback.

McCaffrey missed 13 games to injuries -- six with a high ankle sprain, three with an ailing shoulder and the final four with a strained quad. He’ll be a big piece of the offensive puzzle in 2021, and there’s no doubt he’ll be the starter, although a reduction in workload might be necessary.

Bridgewater had plenty of opportunities in the past month to establish himself as the starter moving forward, but instead he saw his numbers go steadily down.

He finished with 15 touchdown passes to 11 interceptions, including two in the end zone in Sunday’s 33-7 loss to New Orleans. He had only one touchdown pass in the fourth quarter all season and was 0-8 in games in which the Panthers had a chance to win or tie on their last possession.

“Teddy played well early on in the season," Rhule said. “I personally feel since Teddy got hurt the second half of the Tampa Bay game, Teddy hasn’t played his best football."

Bridgewater suffered a sprained knee in Week 10 against the Buccaneers and missed his next start despite being cleared medically to return. In his final five games, he had two touchdown passes and four interceptions.

This on an offense that had four players -- wide receivers DJ Moore, Robby Anderson and Curtis Samuel, and running back Mike Davis -- top 1,000 yards in total offense.

Only eight teams averaged fewer than Carolina’s 21.9 points per game.

“For us, we have to evaluate our total offense, what we’re doing, players, the schemes, at every position," Rhule said. “Teddy has to have a tremendous offseason.

“Part of being a quarterback in this league is being able to withstand the physical toll of the season, playing your best football at the end of the year. I don’t think I’ve seen that from him." 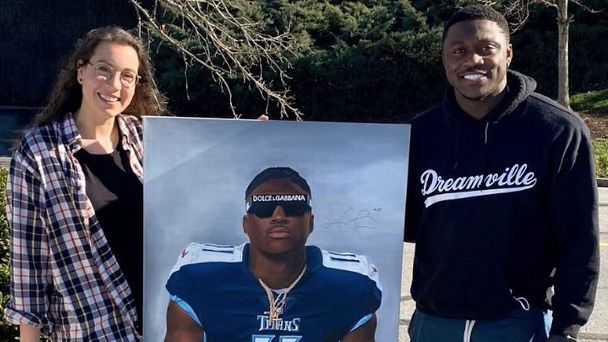 Bridgewater understands this is a business and Rhule will do whatever is necessary to improve the roster. Drafting a quarterback makes more sense than signing one in free agency because Carolina has a $23 million cap commitment to Bridgewater in 2021 with no cap break if he is released.

Carolina would get a $21 million cap break in 2022 if Bridgewater is released.

To his credit, Bridgewater enters the offseason with the mindset the job is his to lose, but he has to improve and show he can win.

“This is my team and I’m going to continue to conduct myself that way," he said after going 4-11 as the starter. He won more games as the five-game backup to Drew Brees in 2019 for the Saints.

Leadership has been Bridgewater’s strength. McCaffrey, for one, has confidence the team would be in good hands if the former Louisville star were the starter next season.

“Teddy is a great leader," he said. “That’s one thing I noticed is poise. Through good times and bad times, he’s always poised."

Rhule wants more than poise. He wants to win a Super Bowl and admits he'd be frustrated after any season the Panthers aren’t in position to win the title.

His boss, owner David Tepper, also is driven to win a title. He also failed two weeks ago to endorse Bridgewater as a long-term solution.

With the eighth pick, Carolina should have solid options to explore a possible replacement for Bridgewater. Some mock drafts have four quarterbacks going in the top eight.

Rhule will play a big role in this as well.

And his final words to Bridgewater made it clear that quarterback is a priority moving forward.

“My encouragement to him is, ‘Hey, you need to have a great offseason,’" Rhule said.