INDIANAPOLIS -- T.Y. Hilton had every right to reach out to Indianapolis Colts coach Frank Reich, offensive coordinator Nick Sirianni and quarterback Philip Rivers individually and then request a meeting with the group.

Receivers who have been primary targets throughout their careers can do that. Hilton could had sulked and went to social media and the traditional media to complain about what seemed to be a reduced role in the offense. He had done something similar five years ago.

He’ll be a free agent after the season, he’s 31 years old and might only land one more lucrative contract in his NFL career.

But guess what? Hilton kept any criticism to himself. He said all the right things publicly and didn’t gripe behind the scenes despite being off to the worst start of his nine-year NFL career.

Hilton -- dubbed "The Ghost" early in his career by former Colts coach Chuck Pagano for his ability to sneak behind defenses -- has reappeared in recent weeks, and at the right time, as the Colts are on the verge of earning a playoff spot for just the second time since 2014.

“He wants the ball, and I don’t think it was him settling to not get it,” Rivers said. “He wanted it every week, yet he was so professional about it. His competitiveness was felt, but he knew he was still helping the team, still having an impact. Thankfully, I’ve been around a lot of guys like that, from the Vincent Jacksons, to Keenan Allens and [Antonio] Gates. The guys that have been the ‘guy’ for a long time. There are games where it’s like they’re not going to let him get it this week, and it’s going to be sprinkled to the other guys, and he may only have two or three targets, but yet we find a way to win. And then you see, we’ve been able to get him going these last three.”

This is a more mature Hilton. The same couldn’t be said in 2015, when his production took a hit. Hilton made some critical comments about then-offensive coordinator Rob Chudzinski’s playcalling in December 2015.

“Running stick routes, chain routes,” Hilton said at the time. “We can do that, but at some point you have to take your shot and get the defense going back. The throws have been there, but we haven't been calling them. More playcalling."

There was none of that this time around for Hilton. It helped that Reich had a team meeting early in this season where the message of having to make a sacrifice was an emphasis. The Colts weren’t going to have a chance to be successful with selfish players on the roster.

“I wish I could find the right words,” Reich said about Hilton’s character. “This guy is a unique player and he is a unique leader on this team. It says the world about him. Whatever I say about his character and leadership on this team is not going to be enough. All those things are true. He had every opportunity to show, even one sign, of being selfish or not happy -- and I never saw it. It’s a real credit to him.”

That could have been tough for Hilton to swallow, especially when looking at it from a financial standpoint with his upcoming free agency. Any talks of a possible extension for Hilton were shelved once the regular season started.

"This guy is a unique player and he is a unique leader on this team. It says the world about him. Whatever I say about his character and leadership on this team is not going to be enough." 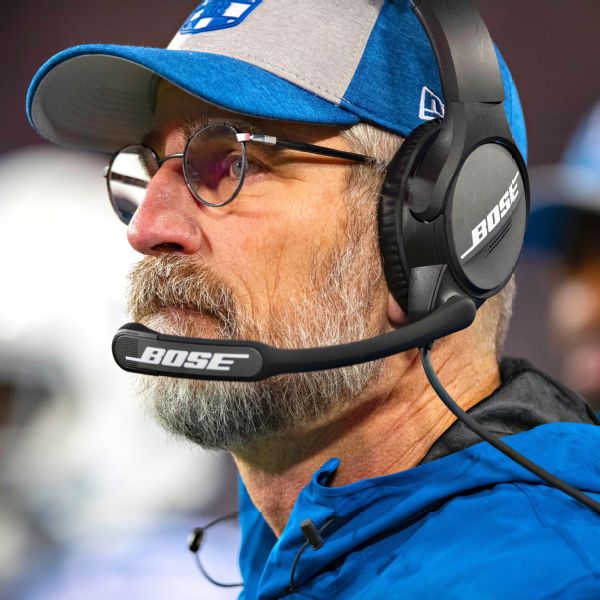 Hilton never shied away from answering questions about his lack of production. His confidence never wavered. He always believed his time would come and that he couldn’t be stopped by a defense.

“I’m still dominant,” Hilton said recently. “I can still dominate any team, any game, no matter where we’re at.”

One important element that Hilton has going for him is that he’s healthy in December for the first time since 2017, which was the last time that he played all 16 games in the regular season.

Hilton needs to average 132 yards a game in the final three weeks of the season to get his sixth 1,000-yard receiving season.