That’s the simplest way to put it.

It took time for the talented running back to realize he was no longer facing defenders from Rutgers or Maryland in the Big Ten. It took time to realize opportunities to stretch out a run before turning the corner were going to be fewer and fewer because NFL defensive players are bigger, stronger and faster than those he faced while starring at the University of Wisconsin, where he finished his career with back-to-back 2,000-yard rushing seasons.

Taylor’s patience was tested. There were frustrating periods, especially after his snaps dropped during a three-game stretch in midseason.

But all those things have become a distant memory for the second-round pick because he’s peaking at the right time for the surging Colts.

Taylor has rushed for 414 yards (5.8 yards per carry) and four touchdowns in the past four games.

“It’s the reps he’s been getting and the confidence,” Colts offensive coordinator Nick Sirianni said. “Confidence is such an amazing thing. You make a play that haven’t made in the NFL and you’re like, ‘I can make this cut.’ Confidence is built because of the reps you have in practice and games and the success you have off it. He’s a great student of the game, great player that is going to continue to rise and get better.”

Those are the two words consistently used when talked about Taylor’s emergence. It should be a surprise to nobody that he endured some rough times earlier in the season. It’s nearly impossible for an All-Pro player to play near perfect football during the season. It’s definitely not going to happen for a rookie who didn’t get to take part in any offseason workouts with his new team.

Taylor was thrust in the starting lineup after the Week 1 starter, Marlon Mack, was lost for the season with a torn Achilles. Taylor rushed for 101 yards in his first start. But then he went through a three-game stretch in November when played less than 30 snaps in each of those games.

Taylor started games, but he lost out on snaps to Nyheim Hines and Jordan Wilkins in the second half because the Colts have a philosophy that the player producing will get the bulk of the playing time in the final 30 minutes of games.

Taylor played a season-low 17 snaps at Tennessee in Week 10.

“Of course, there are going to be some -- I don’t even want to call it adversity because we had guys making a ton of plays that elite players make. But really, it was just finding a way to make your snaps count,” Taylor said. “That was one of the biggest things mentally, is no matter when my number is called, how can I make this work, how can I make this play go? This is my assignment; how can I do my job to a 'T' and execute it perfectly every time?”

The change for Taylor started against Green Bay, when he rushed for 90 yards on 22 carries. While the 90 yards was impressive, the fact that the coaching staff leaned on him right from the start of the opening drive of the second half even though they trailed by double digits was a confidence-booster for him. The 46 snaps Taylor played that afternoon is the second-most he’s played this season.

Taylor is averaging 4.29 yards before contact in the past four games because he’s reading defenses better while realizing he needs to be patient so plays can develop. He also knows that he has to hit the running lanes quickly because they close a lot faster in the NFL than they do in college.

The 4.29 yards before contact is better than NFL-rushing leader Derrick Henry and ranks fourth overall with the three players in front of him all being quarterbacks: Lamar Jackson, Jalen Hurts and Taysom Hill.

Taylor rushed for a career-high 150 yards against the Raiders in Week 14 and then he showed his strength by carrying a Houston Texans defender in the end zone from about four yards out on a touchdown run last Sunday. 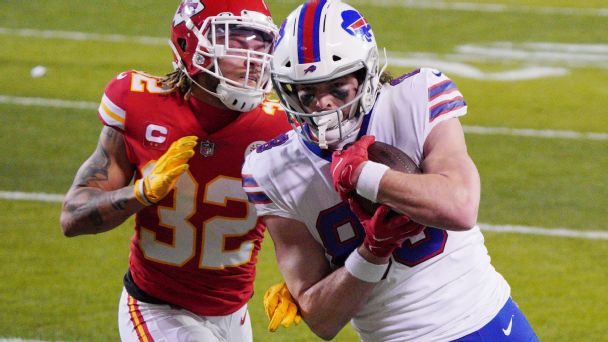 “Jonathan has been awesome,” quarterback Philip Rivers said. “I think you’re seeing him kind of hit his stride. I’ve always described running backs -- I feel like all running backs are rep guys. I always feel like the running back position is a rep position meaning the more reps you get – the more looks you get in inside zone over and over and over in practice and games behind the same O-line, the better and better it’s going to be. So, I think you’re kind of seeing that as this season has progressed.”

How Taylor plays in the final two games -- and in the playoffs, if the Colts make it -- will carry even more weight in the future.

The Colts will be playing in the cold outdoors in Pittsburgh this Sunday where, despite their 10-4 record, they can’t afford to lose because they’re far from a lock to make the playoffs. As much as the organization talks about dominating the line of scrimmage on offense and defense, especially in December and January, Indianapolis will have to run the ball in the playoffs. Doing that allows for the Colts to control the clock, which plays into the hands of Rivers and the passing game.

Mack’s future in Indianapolis is up the air because he’ll be coming off the injury and he’ll be a free agent. Taylor has already shown he has a significant future with the Colts; now it's a matter of using the remaining time to further entrench himself in as the team's clear No. 1 running back.

“He’s just a nose-to-the-grindstone kind of guy,” left tackle Anthony Castonzo said. “He’s just a blue-collar guy. You don’t get any of that feeling like he’s a high draft pick or he’s a prima donna at all.

“I think that’s why you see him continually improving, because he’s willing to work. I think he’s starting to get it. He’s starting to know where the holes are going to [be]. And when someone has the physical gifts that he has, and he starts to get it and find those holes, he’s going to be a force to be reckoned with.”