Jaguars junk the old way of doing things, which is a good thing
76dMichael DiRocco
Six NFL trades we'd love to see in August: Here's where Foles could help, but it's not the Colts
2hField Yates
Meyer to use drill to help determine Jags' cuts
16hMichael DiRocco
Bold training camp predictions for all 32 teams: Surprise cuts, trades and rookies who will play early
New England Patriots
1dNFL Nation
What now for the Colts at quarterback? 11 trade and free-agent options
3dDan Graziano and Jeremy Fowler
Lawrence: Jags starting QB gig won't be a 'given'
5dMichael DiRocco
'A sense of urgency': Will Jaguars DL Taven Bryan make the cut under Urban Meyer?
5dMichael DiRocco
Welcome back, NFL: Recap everything that happened this offseason, from QB trades to big signings
3dJake Trotter
Jacksonville Jaguars training camp questions: Will Trevor Lawrence have monster season?
8dMichael DiRocco
Jaguars' 53-man roster projection: Three QBs but no Tim Tebow
8dMichael DiRocco
Jags' Meyer, Baalke subpoenaed in Iowa lawsuit
22d
Ranking all 32 NFL teams based on how much better (or worse) they got this offseason
2dMike Clay
White, Warner or Wagner at No. 1? NFL execs help us rank the best linebackers
29dJeremy Fowler
No. 1 pick Lawrence signs $36.8M rookie deal
31d
May 21, 2021

Khan also got more involved in the major football decisions, including the roster, and was part of building the team’s draft plan.

And he had the final say on whether the Jaguars were taking quarterback Trevor Lawrence with the first overall pick.

This isn’t the way Khan and the Jaguars have done business since he purchased the team in November 2011, but the NFL’s fourth-richest owner believed some drastic changes had to happen if his franchise was going to become a consistent winner. It may be a good thing, because the way it had been done wasn't working.

The Jaguars have made one playoff appearance since 2007. They've picked in the top five in the NFL draft for six consecutive years from 2012-17 and in the top 10 for 10 consecutive years from 2008-17 -- both records in the common draft era (since 1967). They’ve lost 10 or more games in nine of the past 10 seasons and Khan was the second-fastest NFL owner to reach 100 losses.

Essentially, the majority of things the Jaguars have done have been wrong, so why not try the opposite? Can it really get much worse?

“As the owner you’re sitting on that knife edge of micromanagement and abdication,” Khan said. “How do you strike that balance?”

Khan’s impetus for becoming more involved came when he fired executive vice president of football operations Tom Coughlin on Dec. 18, 2018, two days after the NFL Players Association warned players of potentially signing with the franchise because of excessive fines and player grievances. The Jaguars had reached the AFC Championship the season before, but a rash of injuries and poor quarterback play resulted in a 5-11 record.

The culture in the locker room wasn’t great as players privately complained about Coughlin and the defensive players were openly frustrated with the offense’s ineptitude. The team had spent big money in free agency in 2017 and those contracts were going to have higher cap figures over the next couple seasons.

Khan also said he felt like there were drafts where everyone didn’t seem to be on the same page and he wanted to be move involved in long-range roster decisions.

“… It’s just that you’ve got to be informed. ... Who are the players who are the core part of the team? Who needs to get paid? You can’t pay everybody, regrettably, so all of that and we could have done a lot better job, I think, over the last few years on a lot of those. I talked about any business there’s micromanagement, there’s delegation, and there’s abdication, and I think there were times people could have said, ‘Hey, you know, you abdicated.’ But, to me, I just want to make sure there’s a right amount of involvement. … And I think there is right now.”

What you need to know about the Jacksonville Jaguars:

One of Khan’s biggest decisions was to change the structure of his organization. Instead of a coach reporting to a general manager (who then reported to Coughlin, for nearly two years, anyway), Khan wanted to go coach-centric. And he chose a coach that was one of the most successful in NCAA history but hadn’t spent any time in the NFL.

Urban Meyer had thought about it, though. He researched it. He talked to former players, coaches and executives. He looked at the salary cap and free agency and roster management. So he felt like he had a pretty good basic understanding when Khan asked him to become the fourth head coach in Khan's 10th season as the Jaguars’ owner.

Meyer also wants to upgrade the Jaguars’ facilities. He spent 13 years at Power 5 schools and fought the facilities arms race, where schools built plush locker rooms and player lounges, state-of-the-art workout, training and rehab centers and high-quality dining options. He wants the same thing in Jacksonville, so he’s pushing for a standalone facility that will include all of the above plus coaches offices.

If the players are going to be pushed and worked hard, they deserve to be treated very well. And if they’re going to use acupuncture or martial arts or massage to recover, they should be able to do it at the team facility instead of going elsewhere. 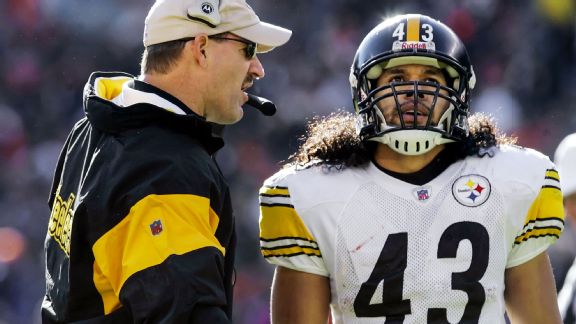 “We call it the culture of excellence and we expect everything to be the best of the best, and right now it’s not here at Jacksonville,” Meyer said. “There’s a lot of great things that are, there are certain areas that are not. My job, and I push really hard especially when you talk about health and safety of players, I expect it to be the very best. So, we’re pushing hard, and our owner, Shad, has been fantastic to listen and to learn about what we expect.”

Meyer drafted Clemson running back Travis Etienne 25th overall and the plan is to turn him into a Percy Harvin-type player, which is why Etienne took nearly all of his reps at rookie minicamp at wide receiver. The move drew criticism nationally, despite the fact Lawrence was the only quarterback at rookie minicamp and was prohibited from taking snaps under center and handing the ball off as he continues to recover from offseason shoulder surgery.

And then there’s Meyer’s decision to sign Tim Tebow, who called his old college coach and asked for a tryout at tight end. GM Dave Caldwell said at his introductory news conference in 2013 the team would not sign Tebow “even if he’s released.”

Tebow was a quarterback then and adamant about remaining one, so this is different. But his signing has been roundly criticized. Tebow hasn’t played in an NFL regular-season game since the 2012 season, spent the past five years playing professional baseball and will be 34 when the season starts.

Meyer’s willingness to sign him is another example of the Jaguars’ about-face approach from the way things have always been done. Will it work? Maybe, but it’ll be a while until anyone knows for sure.

“Eventually, the buck stops [with Meyer] anyway,” Khan said. “I’ve hired, not in football, but elsewhere, a lot of people, and I’m going to do the right thing for the Jaguars, the right thing for Jacksonville, and it might not be the most popular thing starting out, but eventually we’re going to be judged by our record.”