RENTON, Wash. -- If you're a Seattle Seahawks tight end, you'd better not let anyone catch you reliving your high school glory days.

Or wearing your college team's gear.

Or flaunting an expensive new purchase.

Those are just a few of the fineable offenses in the position group's kangaroo court, a tradition that third-year tight end Nick Vannett is upholding following the free-agent departures of Jimmy Graham and Luke Willson. Vannett isn't sure exactly when it started, just that it predates his arrival as a third-round pick in 2016 out of Ohio State.

"I'd say the most common one is probably a 'Homeland' fine," Vannett said. "That's the one we probably dish out the most. So for me, for example, if I were to wear anything Ohio, Ohio State, if I mention Ohio, any city in Ohio, I get fined for that." 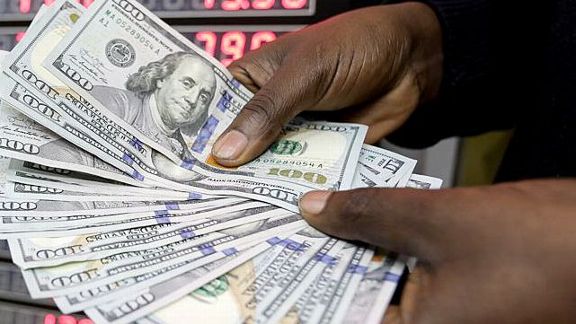 A few examples of the fines doled out among the Seahawks' tight ends, courtesy Nick Vannett:

Big Baller fine: "If you make like a big purchase or if you're acting like you're just a big baller, walking around like your s--- don't stink, then yeah [it's a fine]."

Homeland fine: "That's the one we probably dish out the most. So for me, for example, if I were to wear anything Ohio, Ohio State, if I mention Ohio, any city in Ohio, I get fined for that."

Uncle Rico fine: "If you tell a high school story that we all just really don't care about, that's a fine."

Sound effects fine: Vannett didn't have much explanation other than to say their TE coach is a frequent violator.

It's $20 a pop -- at least for now -- with half the final pot helping fund an end-of-season tight ends trip and the other half earmarked for a to-be-determined charity. ("It usually goes towards something kid-related. In the past, we did it for cancer. So it's always going towards a good cause," Vannett said.)

It's a good thing, then, that the fines are doled out liberally and no one in the room is above the law. Not even tight ends coach Pat McPherson.

"For Coach Pat, his big one is sound effects," Vannett said. "He's always making these sound effects like when we're watching film. So 90 percent of his fines are from sound effects. We've got 'Uncle Rico' fines where if you tell a high school story that we all just really don't care about, that's a fine. There's so many. We have a 'No Fine' fine. If you go the whole day without getting a fine, you're getting a fine."

The "Uncle Rico" fine is named for the character from "Napoleon Dynamite" who famously bragged that he could throw a pigskin a quarter mile back in his day and lamented that his high school team would've won state if only his coach had played him in the fourth quarter.

Said Vannett of McPherson: "We'll watch film and something will click in his head and he's like, 'Oh, man, I remember this time at UCLA' or whatever school he went to, like, 'I did this in practice.'

"It's like, 'Pat, appreciate the story but that's an Uncle Rico.'"

The tight ends aren't the team's only position group that has a fine system, but this one is definitely the wackiest.

"They're kinda crazy," said Frank Clark, who added that the defensive linemen will fine each other $500 whenever one of them costs another a sack.

Keeping things light is nothing new for Seattle's tight ends. It was that group -- Willson specifically -- that spearheaded the Techno Thursday movement that by last season's end had players bouncing up and down and pumping their fists while electronic dance music blared through the speakers in the locker room and the practice field.

It was a surprise when Vannett & Co. didn't re-enact their club routine after he scored the Seahawks' only offensive touchdown in their preseason opener.

It was a Thursday night, after all.

"Techno Thursday hasn't really been the way I want it to be yet," he said. "But ... it's still preseason, so we don't want to show everything right now."

After catching only 15 passes over his first two seasons while playing behind Graham and Willson, Vannett is in line for a larger role in 2018. He's apparently over a nagging disc issue in his back that had plagued him, and he started Seattle's first two preseason games while routinely working with the No. 1 offense along with rookie Will Dissly because veteran Ed Dickson has been on the non-football injury list.

Dickson, a free-agent addition from Carolina, is the oldest of Seattle's five tight ends at 31. But Vannett is the longest tenured in Seattle, and as such, he's taken over for Willson as the overseer of the fines. That means he has the ultimate authority on what constitutes a fine, though he says he sometimes defers when he's on the fence.

And it also means Vannett is in charge of keeping the running tally of who owes what. He estimates that he's already in for around $2,000, which puts him in the middle of the pack, and that Dissly has contributed around $2,700 to top the list since the start of the offseason program in April.

Dissly's total was inflated thanks to a hefty initiation fine.

Yep, a fine for getting drafted.

"When he first came in, since he was a fourth-round pick he got some signing bonus [$650,268 to be exact], and it happened to me when I first came in. We gave him a $1,000 initiation fine," Vannett said. "So whenever somebody new comes in the room, you get an initiation fine, and depending on what your contract was [that determines the fine amount]."

"He was kinda smiling it off," Vannett said. "He didn't know what to do. I mean, what can you do? If you complain about it, it's another fine."