Barcelona are one of the best teams in the world, but their prematch attire is raising some eyebrows.

Once again Barcelona have proven themselves to be in their own world when it comes to prematch fashion.

The Catalan clubs are famous around the world for having players like Lionel Messi and Luis Suarez but they're also starting to land a reputation for some peculiar wardrobe choices, most recently via fashion label Thom Browne.

Ahead of their match with Atletico Madrid this weekend, Barcelona wore what can only be described as 'striped lederhosen loungewear.' Still, it was enough to see them pick up a vital win, so maybe it's not all bad. 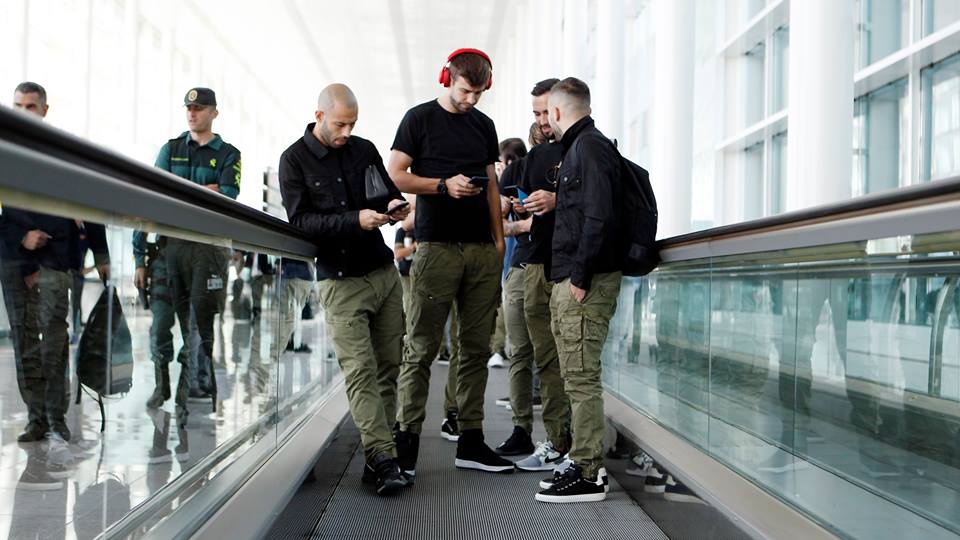 And everyone knows that you don't wear denim with denim ... 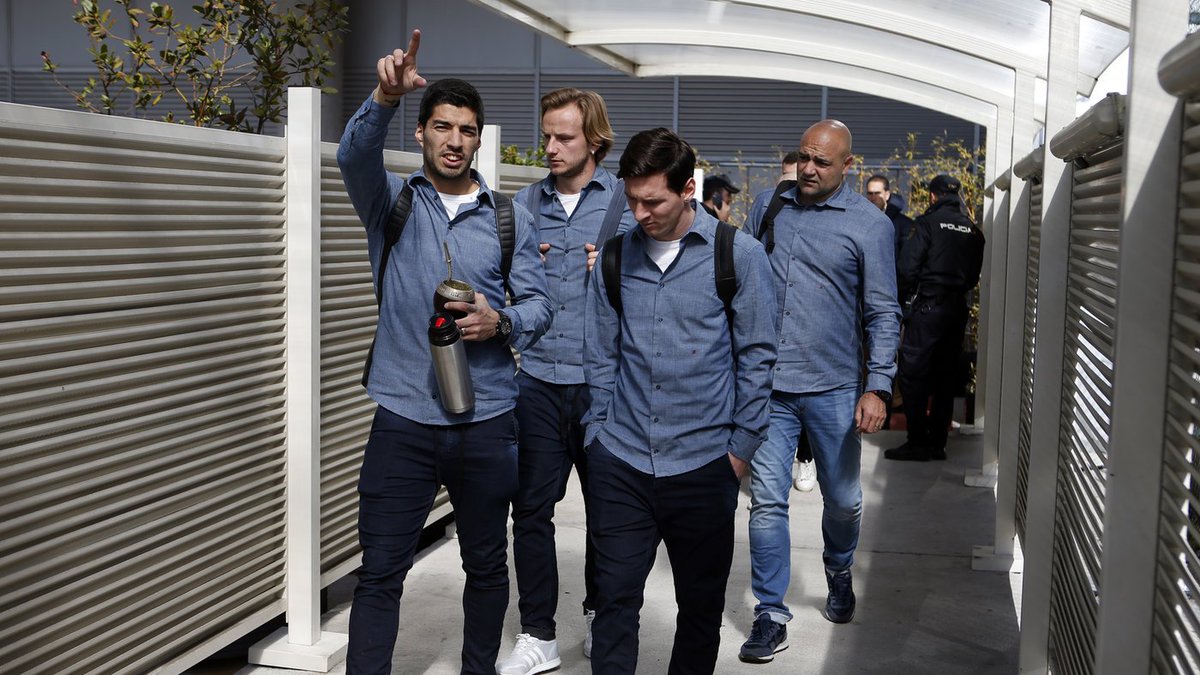 We'll just leave Dani Alves' time at the club out of this one completely, otherwise we'd need a whole new section.

Barcelona aren't the only ones who can sport an odd prematch fashion item of course ... here's a small collection of our favourites.

James Maddison has been impressing on the field with Leicester, enough to see him linked with a move to Manchester United, but now he's trying to impress off the pitch too.

Rocking up a game against Tottenham, Maddison sported a lovely shiny backpack. He'll fit right in at Old Trafford with style icons like Paul Pogba and Jesse Lingard then.

There's only one Memphis Depay

When he was at Manchester United, Memphis Depay's outfits often took more attention that his performances on the pitch. And that was an issue.

This entire outfit can be purchased by mail order from the back of Take A Break magazine. https://t.co/RCvzMYs5W7

Real Madrid defender Sergio Ramos is used to turning the air blue as he protests refereeing decisions but he opted for this blue outfit in 2018 when on the sidelines.

But as the Ramos tweet suggests, there's only one place to get your prematch fashion fix and that's Arsenal right-back Hector Bellerin.

I love that Hector Bellerin isn't your average footballer and has his own style, but I'm not sure about the grammar school upper sixth prefect look. pic.twitter.com/KxEg5DkDYU

Bamboo is the way forward

With a name like that, you would expect Forest Green to be eco-friendly and they are. Named the greenest football club in the world in 2018, they announced this summer that the players would be wearing bamboo shirts in a bid to enhance sustainability and reduce plastic waste.

And now bamboo shinpads are being added to the ensemble. 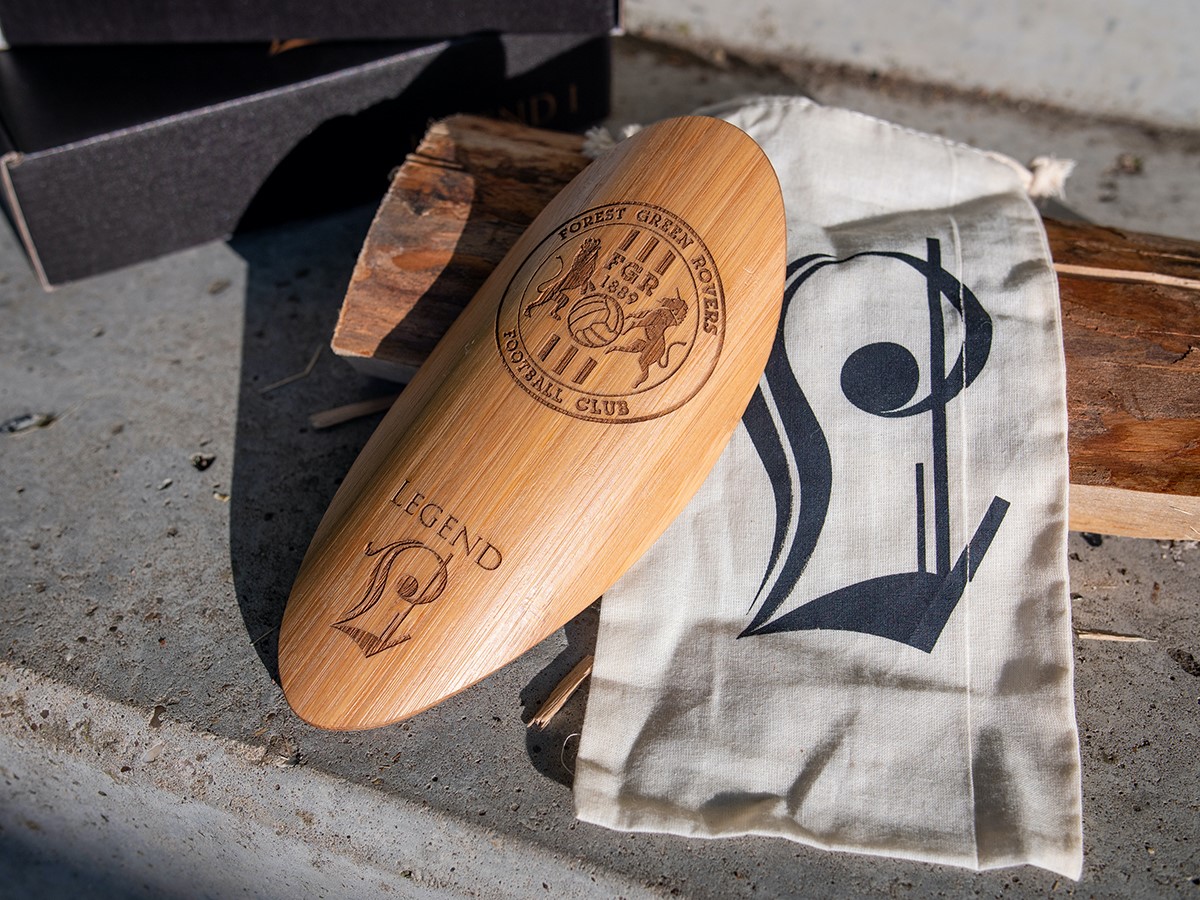 This is why goalkeepers don't take throw-ins

Ulsan Hyundai FC had a chance to win the South Korean pro football championship this weekend, but then this happened.

Ulsan needed a draw to claim their first title since 2005 but, trailing 2-1, goalkeeper Kim Seung-Gyu took a throw-in himself and ended up giving it straight to an opponent, who duly scored.

The game ended 4-1 and coach Kim Do-Hoon said afterwards: "I can live with that play, and in football, mistakes happen all the time."

All will be forgotten if Ulsan do claim the title, but Kim may be singing a different tune if they don't.