Prohibited from playing football for the past few months during lockdown, a group of amateur players in Argentina devised an ingenious method to allow socially distanced five-a-side games to take place.

It's been called "metegol humano," which literally translates as "human foosball/table football," and sees the pitch divided up into 12 rectangular sections that can only have one player in at a time.

The ball is allowed to cross the lines but players aren't, meaning that the emphasis of the game is on fundamentals like passing, shooting and interceptions rather than dribbling, footwork and tackling. In short, it may be a deliberately compromised version of true football, but it's most definitely better than nothing.

The first metegol humano game took place last month; an experimental friendly between Vende Humo FC and Los Mismos de Siempre at a sports centre in the Argentine city of Pergamino. While several of the newly implemented rules (leaving one's section automatically incurs a penalty kick, for example) took a while to get used to, everybody involved agreed that it was just good to be out and playing football again after a 100-day absence. 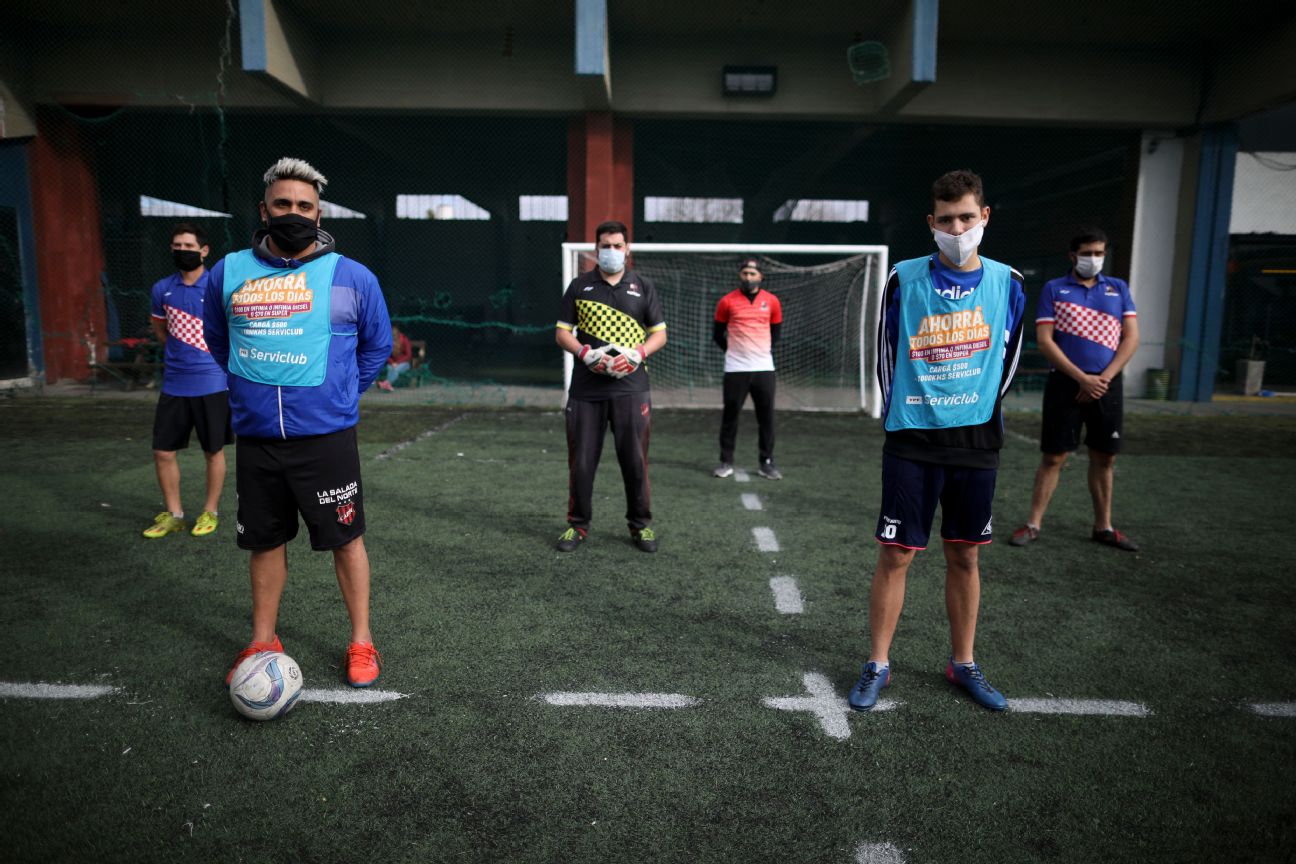 Indeed, metegol humano has been something of a revelation for football players deprived of their sport for so long.

"Now I feel free and happy, getting together again with friends and playing soccer," Martin Rodriguez told AP after playing in defence for Vende Humo. "If it were up to me, I would do this from Monday to Monday." 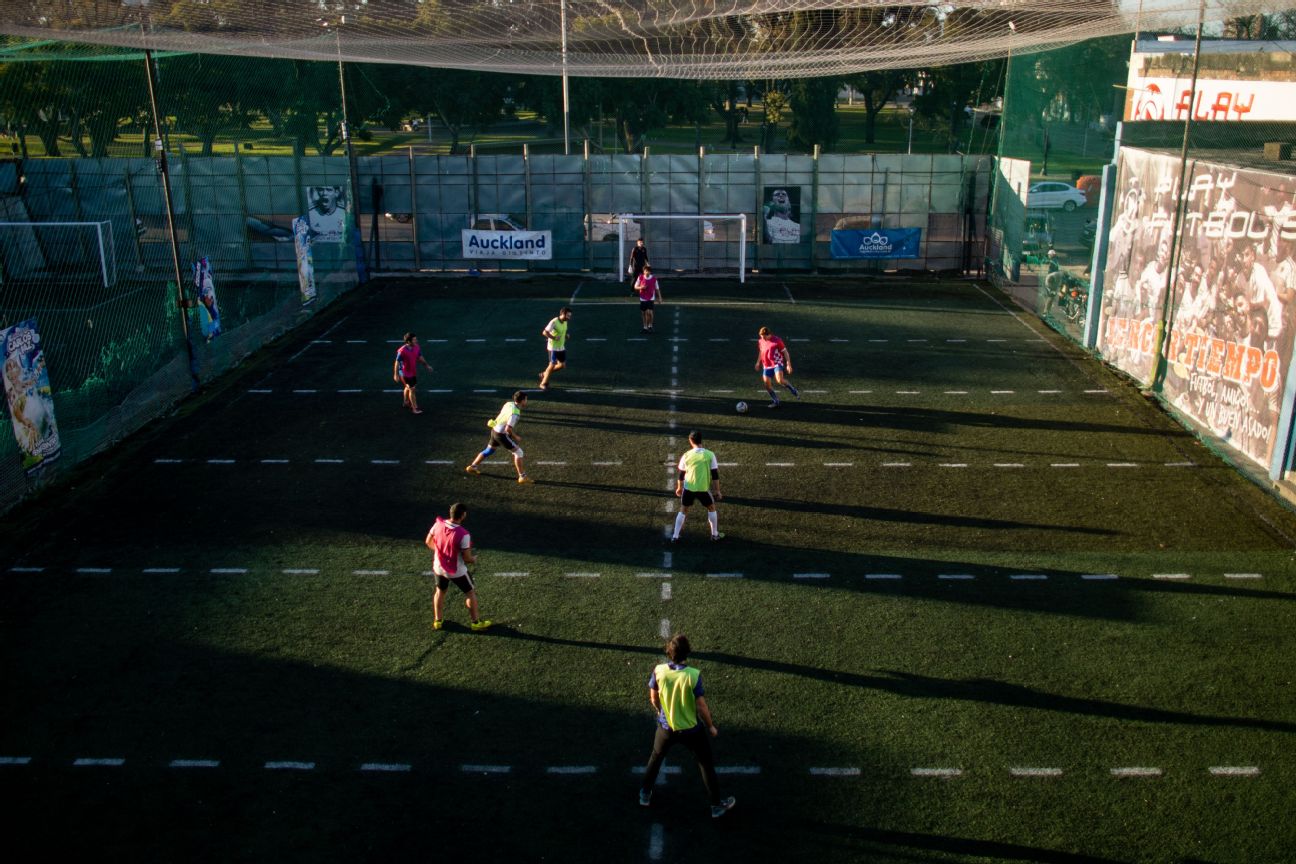 One man who was integral in the invention and conception of metegol humano is Gustavo Ciuffo, who owns several futsal arenas in Buenos Aires and beyond. He claims the idea was, at least partially, inspired by training drills employed by elite coaches such as Marcelo Bielsa and Louis van Gaal.

"I am a physical education teacher and I thought about what I could put together with what the [lockdown rules] allow me," Ciuffo told EFE. "I started to think, to get a little inspiration from the training sessions of Marcelo Bielsa, who divided into rectangles, or Van Gaal, at some point, to make reduced football."

Ciuffo added that the matches can still be intense, with the most dynamic encounters happening when teams stick to one or two touches. Moreover, he believes that while metegol humano can have applications beyond lockdown -- for youth development and for players with mobility problems -- it is absolutely vital as a gateway in helping a football-obsessed nation return to some kind of normality.

"I believe that sport and physical activity are as important as hand washing, the use of face masks and distancing," he added. "[Metegol humano] is an activity of physical distancing, not social. We help people, after 100 days, return to something that was everyday."