As if finishing rock bottom of your Fantasy Premier League wasn't bad enough, the prospect of then having to carry out a forfeit devised by your closest friends is enough to strike terror into the heart of every fantasy manager.

So spare a thought for poor Chris Talbot, who was forced to spend a day posing as a human statue as penance for finishing last in his 12-team FPL league last season.

The unlucky Londoner was painted head-to-toe in gold and then stood for several hours on busy pavements atop a special plinth denouncing him to bemused passers-by: "LOSER. Fantasy Football 2019-20."

Talbot's team (named "Timo Werner Herzog" after the Chelsea striker and his fellow German, film director Werner Herzog) finished 25 points adrift at the bottom of his mini-league, some 380 points behind the eventual winner. He admitted that the 2019-20 campaign, his 10th as an FPL manager, was the worst season he's ever had as a manager who is usually accustomed to solid, if unspectacular, finishes.

"I have been close to winning the league once before, but usually at least mid-table, so I'd not felt the stress of being close to the bottom before," Talbot told ESPN. "I tried all year, I really did. It wasn't a case of me forgetting because I was hungover on a Saturday morning.

"I rarely missed a transfer window and tried to plan things in, but it just did not work out for me week after week." 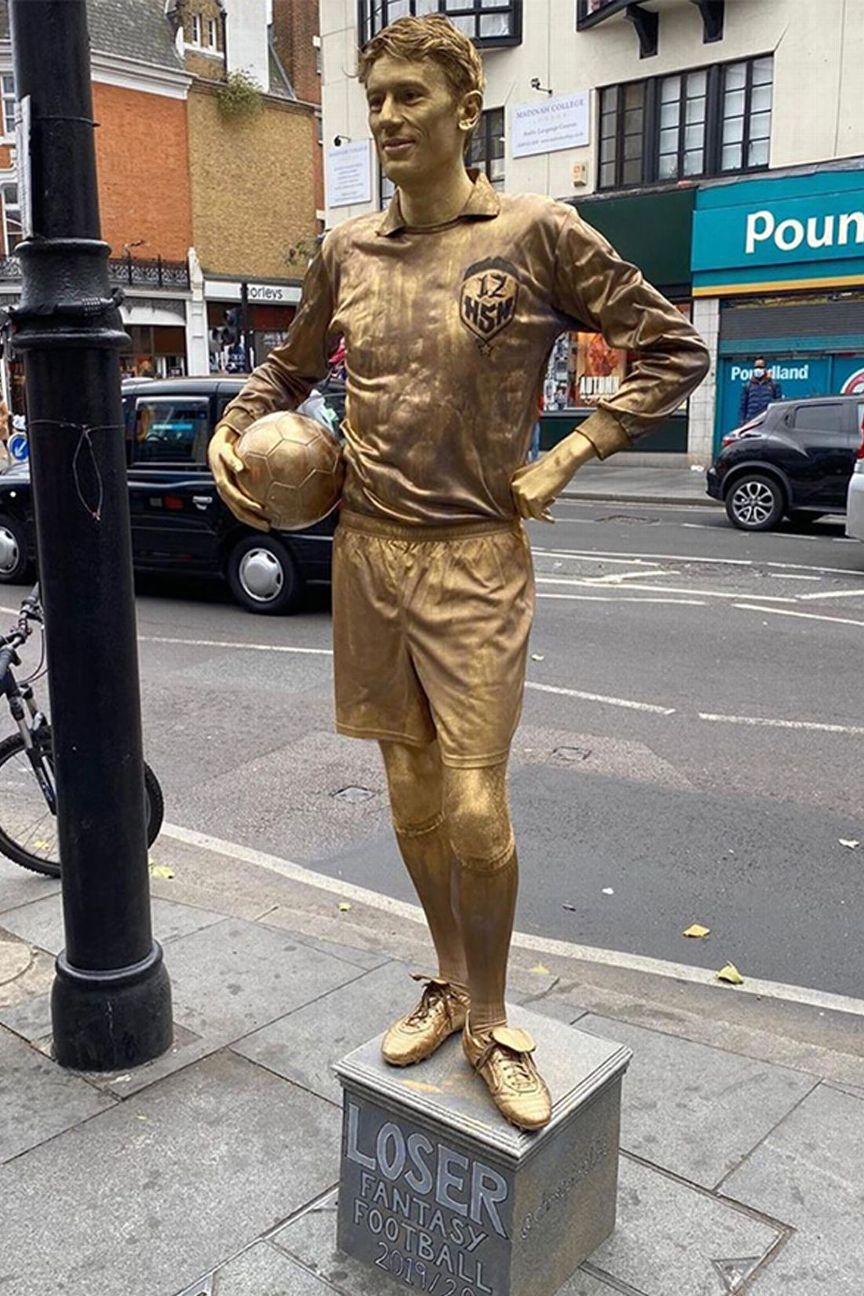 Talbot thought he might have been afforded a get-out clause when the real Premier League was postponed due to the coronavirus pandemic, assuming his FPL would be voided as a result. But there was no such luck, and the last 10 gameweeks of the season proved to be utterly disastrous as a number of big-name players and tactical gambles failed to claw back any precious points for him.

"The restart was awful for me, just week after week of 40-50 point weeks: red cards, point-scoring players left on the bench," Talbot said. "The worst was my Triple Captain [a one-off chance to score triple points] in gameweek 36. I went with Raheem Sterling as captain and Kevin De Bruyne as vice-captain. De Bruyne was rested and Sterling came on for the last 20 minutes and got a yellow card, giving me three points in total, which really took the p---.

"Also, in the last two gameweeks, my vice-captain got more points than my captain, if I had picked them correctly I wouldn't have finished bottom."

The season concluded with Talbot's team propping up the league (which is called "How Souness Now," a merging of the title of a song by The Smiths and former Liverpool midfielder Graeme Souness), This left the small matter of a devilishly elaborate forfeit to be carried out. 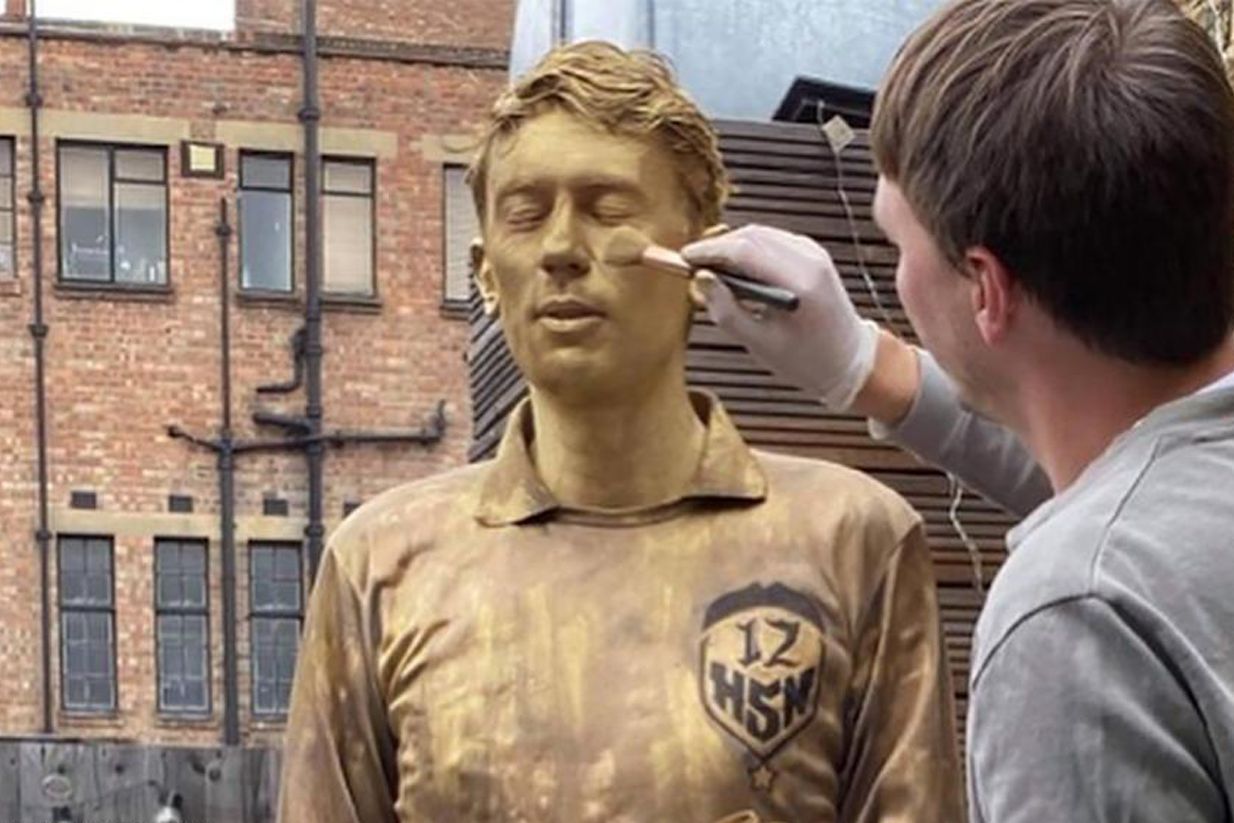 "Jon [Fuller, Talbot's friend who posted images of the forfeit on Instagram] had prepared the podium and gold kit beforehand, and it then took about 30-45 minutes to get me ready at my flat," he said. "I think I probably did 30- to 45-minute stints in the different spots for a couple of hours throughout the day.

"Lots of time to think about how s--- I was at FPL, and devise forfeit ideas should I ever win."

It transpires that the human statue was actually Talbot's idea, which he originally floated as a potential punishment for other players should he one day end the season as champion. Unfortunately, his rival bosses remembered this suggestion and decided to use it against him after his dismal showing.

"I live in Brixton, so we started there outside the tube station, and then went south to the different Clapham tube stations where I'd have to stand outside the station while the rest of the boys sat drinking in pubs," Talbot, a Tottenham Hotspur fan, said. 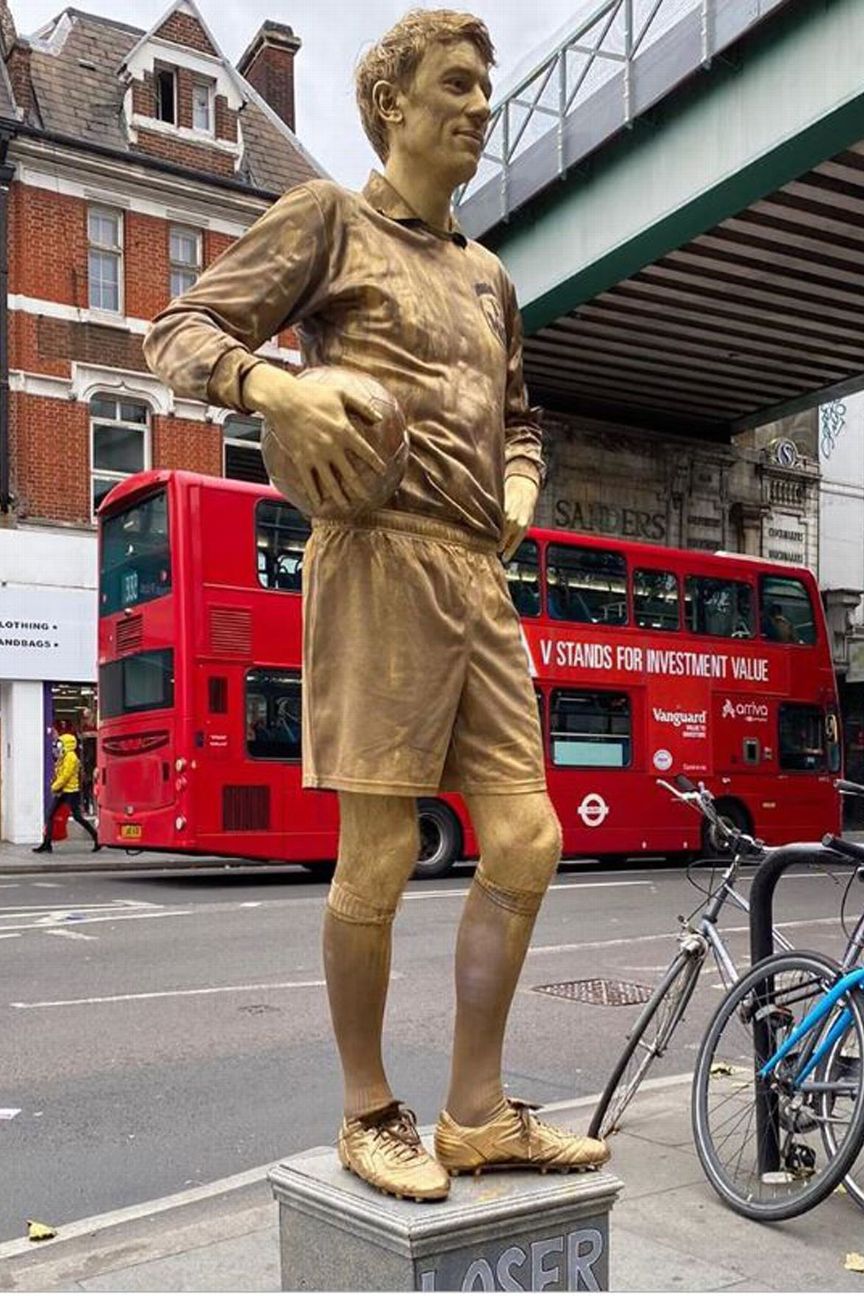 After a gruelling day stood motionless atop his podium, Talbot was eventually allowed inside the pub to join his friends -- but only after being made to stand in the beer garden until he was asked to enter by the bar manager.

Thankfully, having to spend the best part of a day covered in slick gold paint hasn't put Talbot off from going again and signing up for the new season. And yes, of course there will be another similarly fiendish forfeit lying in wait for the last-placed manager once again.

"I'm 100% ready to compete again. Some players have dropped out citing work commitments, but it's likely the pressure of the forfeit," he said. "We've had a few lads drop out over the years, or other friends refuse to join the league as the forfeits have been pretty bad -- I definitely got off lightly this year.

"The winner gets to decide the forfeit each year, so it could be anything really. The loser only knows of the forfeit when they turn up on the day.

"Normally we organise the forfeit around the beginning of the new football season, so we'll find out what fate awaits the loser next year."