Premier League champions Liverpool are preparing to auction off a vast array of rare items taken from their famous old training ground at Melwood, giving fans the chance to own a unique piece of club history.

Jurgen Klopp and his players and staff moved to their new, state-of-the-art training facilities in Kirkby last November, leaving piles of surplus furniture and equipment behind at their former base.

More than 360 lots will be put up for auction, ranging from iconic items of club memorabilia valued at thousands of pounds through to small, quirky items of miscellanea that you just don't see up for sale every day.

Basically, if you've ever hankered after a coat peg or Divock Origi's personal parking space sign, now is your big chance.

The March 2 auction will raise money for the LFC Foundation, the club's official in-house charity, to help in their continued effort to support the local community, particularly during the COVID-19 pandemic.

There is an eclectic mix of items and trinkets up for grabs, and we've sifted through them all to bring you a selection of the more notable highlights on offer. 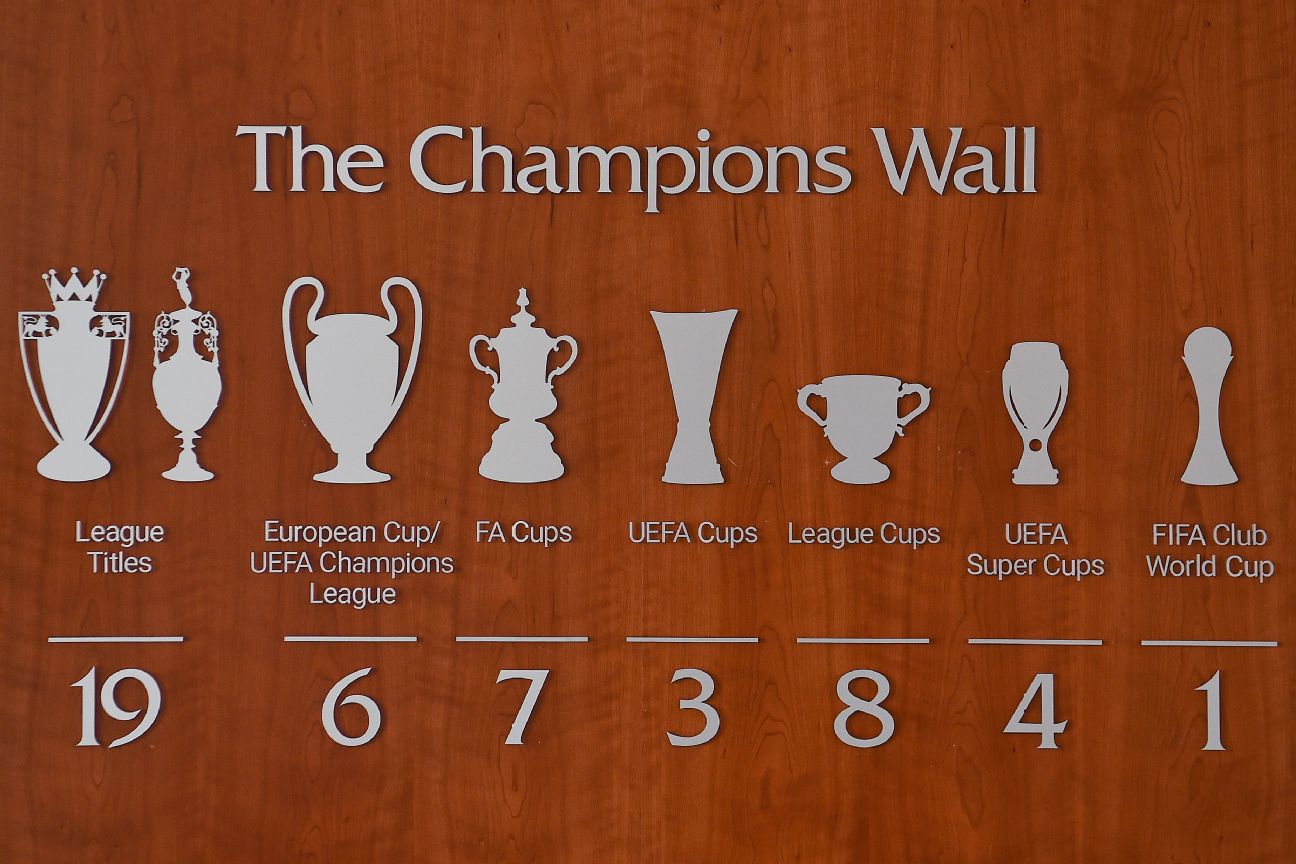 With a hefty estimated sale price of £7,500 to £15,000 ($10,375 to $20,750), the "Champions Wall" is the most expensive item included in the entire sale. The original "trophy count" display, featuring silhouettes of all the silverware the club has amassed, hung in the main reception at Melwood as a reminder to all visitors of Liverpool's title-winning credentials. Perfect for the supporter with money to burn and a large wall in their house that needs decorating. 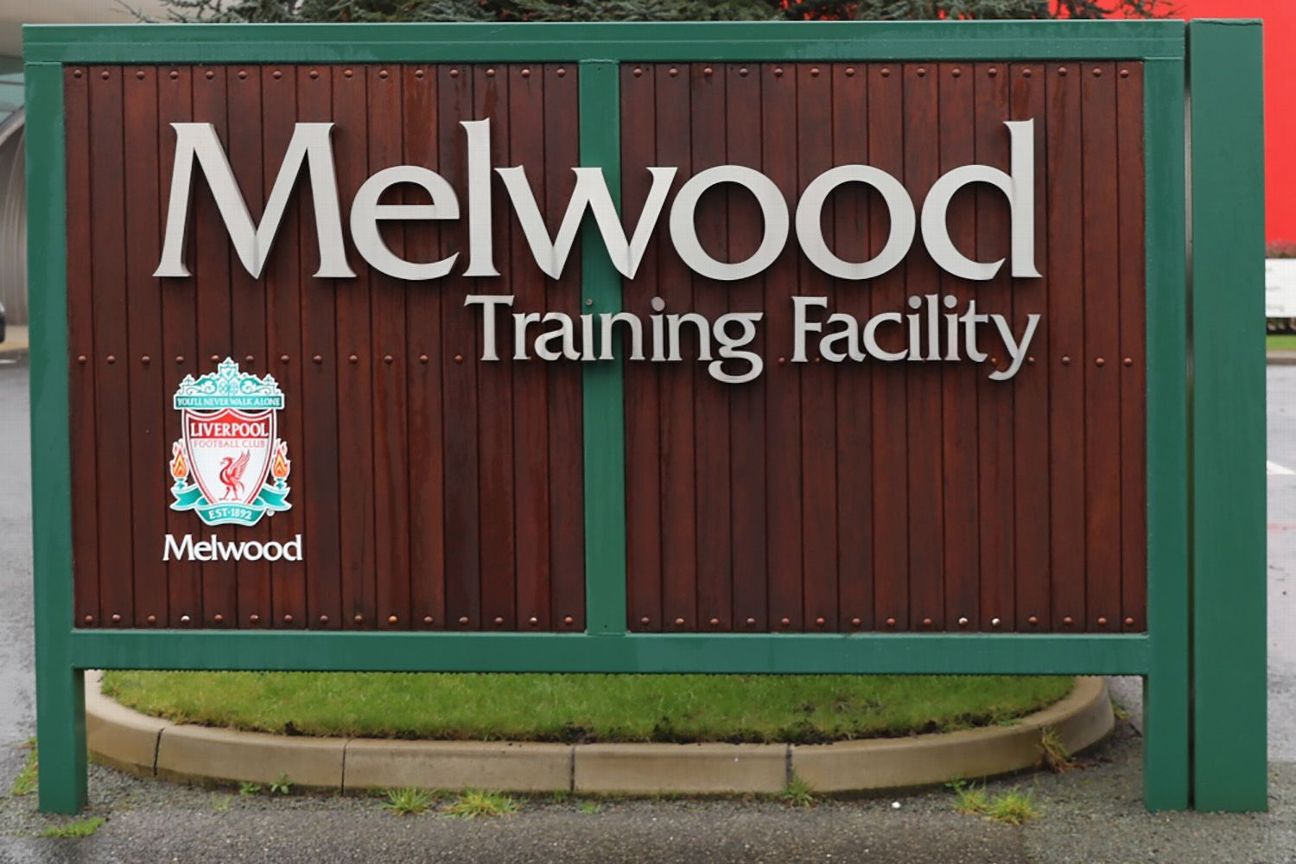 The second-most expensive item listed in the sale, the original "Melwood Training Facility" sign that stood outside the Reds' former headquarters is expected to sell for between £5,000 and £10,000. 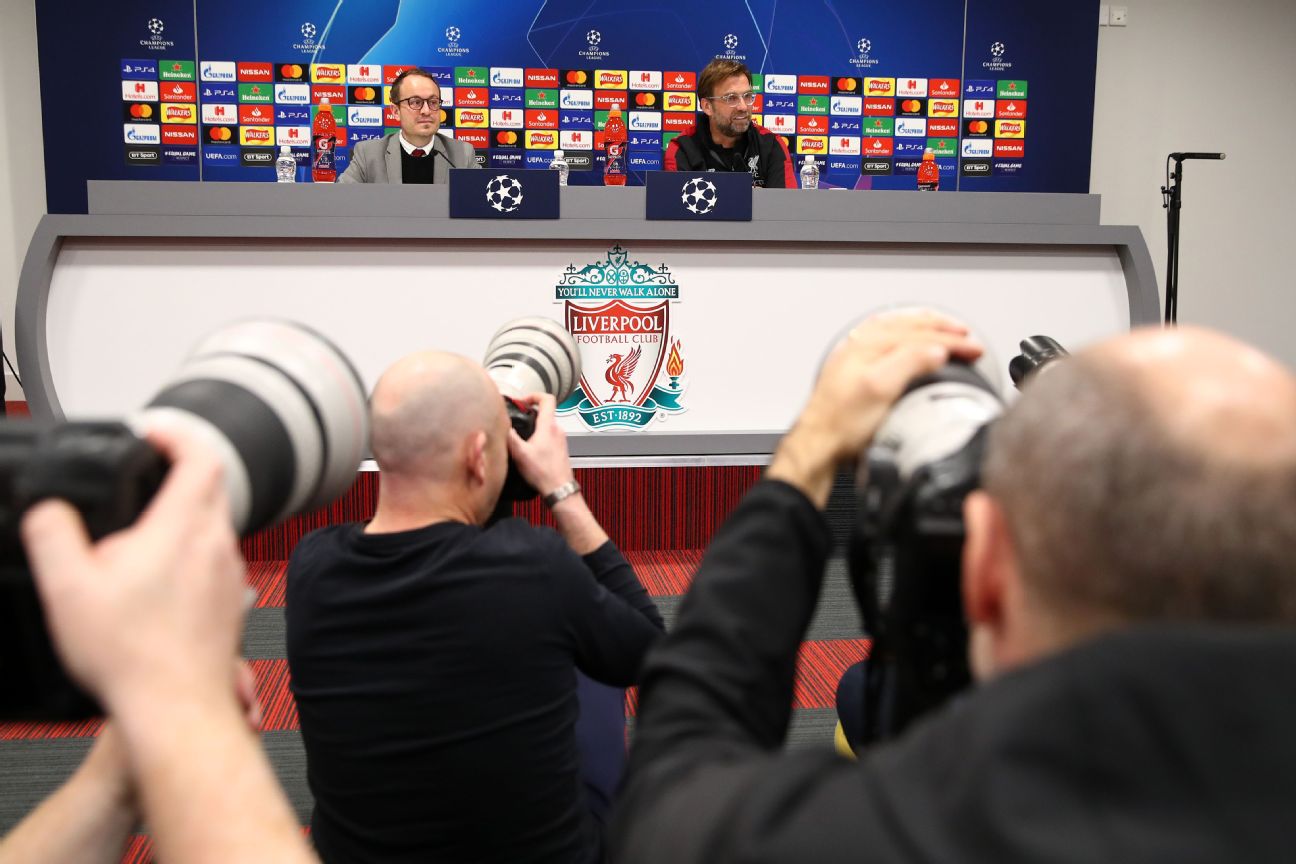 Perfect for the Liverpool fan seeking to conduct their own prematch media briefing within the confines of their own living room. All you need is a spare £1,000 to £2,000.

A painting of the Liverpool coach, shredding away on stage on his Flying V guitar in a scene we can only presume was inspired by the German's propensity for "heavy metal football." 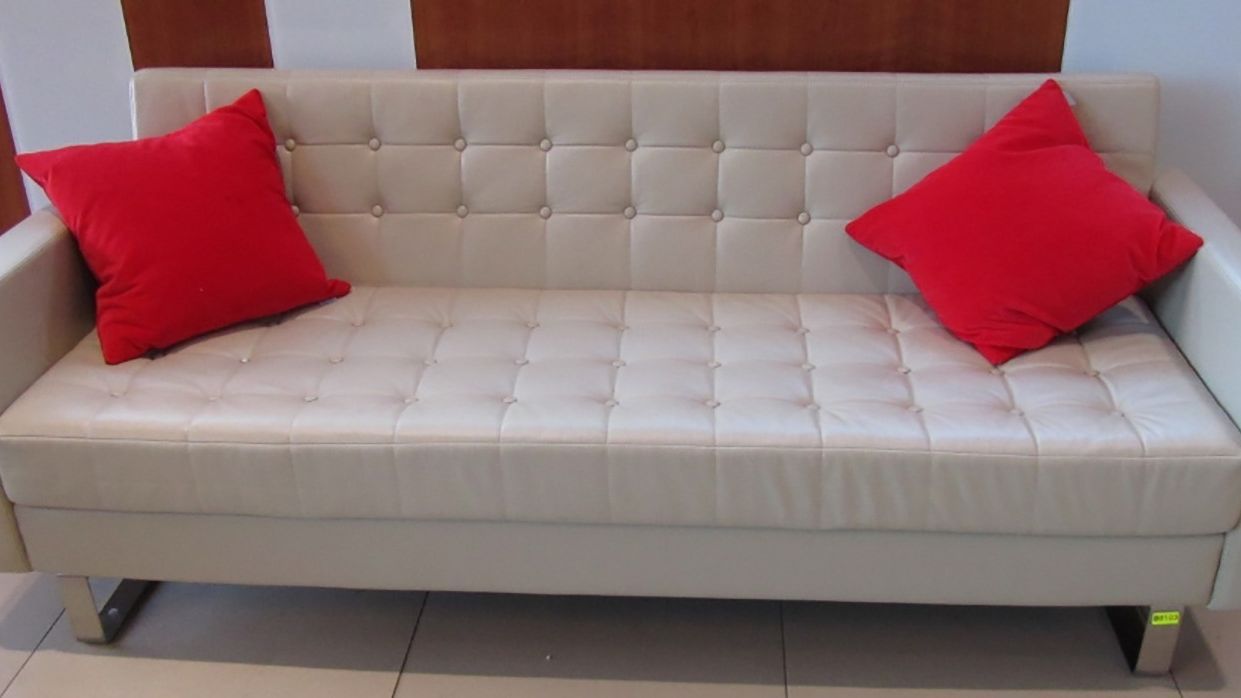 In tasteful white leather with red cushions, this sofa was formerly housed in Klopp's personal office.

Another choice piece of Klopp-abilia, this red locker door is one of two for sale, previously used by the Liverpool boss to keep his personal belongings -- perhaps his favourite puffer jacket and spectacles -- safe and sound during work hours. 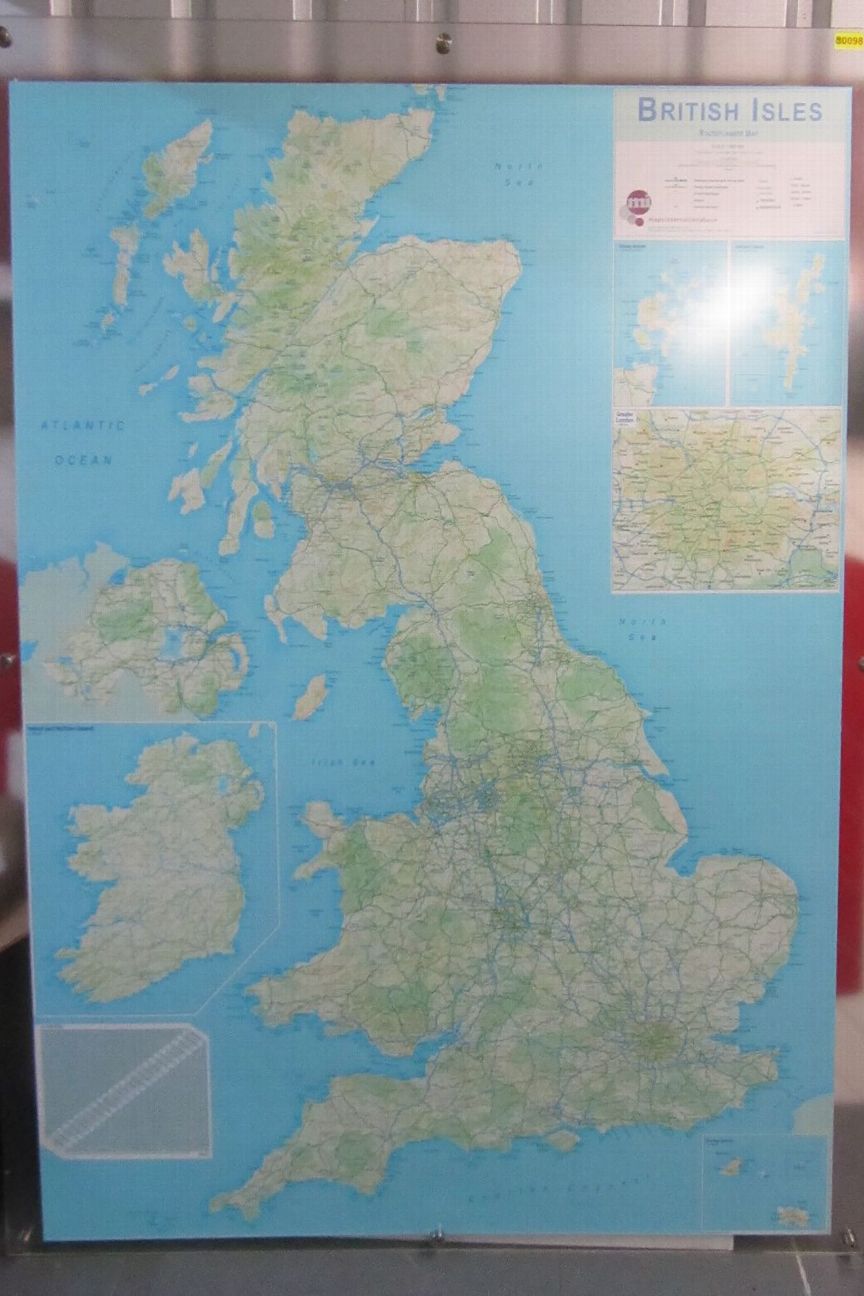 This enormous map of the Britain was, according to the auctioneers, the first item that Klopp requested be installed in his office on his arrival at Liverpool. It was used as a route planner for away matches, and generally so the German could work out whereabouts in the country every opponent played.

Rescued from the wall of the player and staff canteen, this trusty dartboard was used to hone the accuracy and hand-eye coordination of many a Liverpool employee over the years.

As synonymous with Liverpool Football Club as Bill Shankly and the Anfield gates, the Melwood rubber ring faithfully stood guard beside the training ground swimming pool for many a long year.

It's worth noting that a single boxing glove signed by Tyson (a man with no obvious links to Liverpool) is expected to fetch more than a pair of goalkeeping gloves signed by Loris Karius, who made 49 appearances for the club. Iron Mike's lot is estimated to be worth £150-£200 at auction, whereas Karius' match-worn gloves are only expected to command around £100.

The perks of having a sponsorship deal with a moisturiser brand is that your training ground locker room comes fitted with a dedicated personal grooming station. Club captain Jordan Henderson doubtlessly spent countless hours observing his rigorous skincare regime in front of this very mirror.

Not a lot of extra information is given about this, so all we know is the gleaming trophy was awarded to whichever player emerged as Liverpool FC's Chinese New Year Table Tennis Champion in 2020. Why it's not on display with the rest of the club's esteemed silverware in the trophy suite at Anfield is anybody's guess.