The road to Russia could not have been smoother and straighter for Iran, who became the second team (after Brazil) to secure a spot. All the team had to do was finish in the top two in the third round of qualification, and it was never in doubt. Not only did they finish first and unbeaten, but Iran, now preparing for a fifth World Cup, didn't concede a single goal until the 10th and final game after qualification had already been achieved.

Iran's defence took the headlines in qualification, but what makes the difference between the team that finished bottom of their 2014 World Cup group and this version is the attacking options open to the coach Queiroz. Winger Alireza Jahanbakhsh and striker Sardar Azmoun would dribble and shoot their way into any Asian team, but there is more. Saman Ghoddos has enjoyed an excellent season in Sweden and is set for a move to a bigger league this summer, though he can't yet be sure of a starting place.

Mehdi Taremi is one of the top strikers in Asia but could be on the bench, and the same can be said for Karim Ansarifard, the joint top scorer in the Greek league this season with a game remaining. There are others, and while Iran do like to keep things tight, their forays forward should be better -- in terms of quality and quantity -- than four years ago.

Iran have been the highest-ranked Asian team for four years. That theoretical superiority has been reflected by reality for at least the past two years. The team has strength in depth, match-winners and match-savers and an excellent coach, but what it lacks is games against top-class international opposition.

While qualification was impressive, Iran were not stretched enough by their continental counterparts. Preparations may be a little better than in the past, but the quality of opposition faced (Latvia, Uzbekistan and Sierra Leone) pales alongside the Belgium, Germany and Italy schedule regional rivals Saudi Arabia have lined up. The defence has been imperious in Asia but has not been tested as much as the coach may like.

Alireza Jahanbakhsh. With one game of the Dutch Eredivisie season remaining, the winger -- that's right, the winger -- is the top scorer in the league. With 18 goals and a whole host of assists, the 24-year-old has been one of the top performers in Europe this season. In 2014, Team Melli defended with diligence and discipline at the 2014 World Cup but just managed a single goal in 270 minutes of football.

There are more offensive weapons at Queiroz's disposal now with the AZ Alkmaar attacker in excellent form (though pastures new are surely just around the corner). He's fast and direct, and with confidence sky-high, he's ready to shoot powerfully from anywhere. The most exciting thought is that there are other dangers such as Azmoun for defenders to worry about, which gives Jahanbakhsh the freedom to do what he does best: cause havoc. 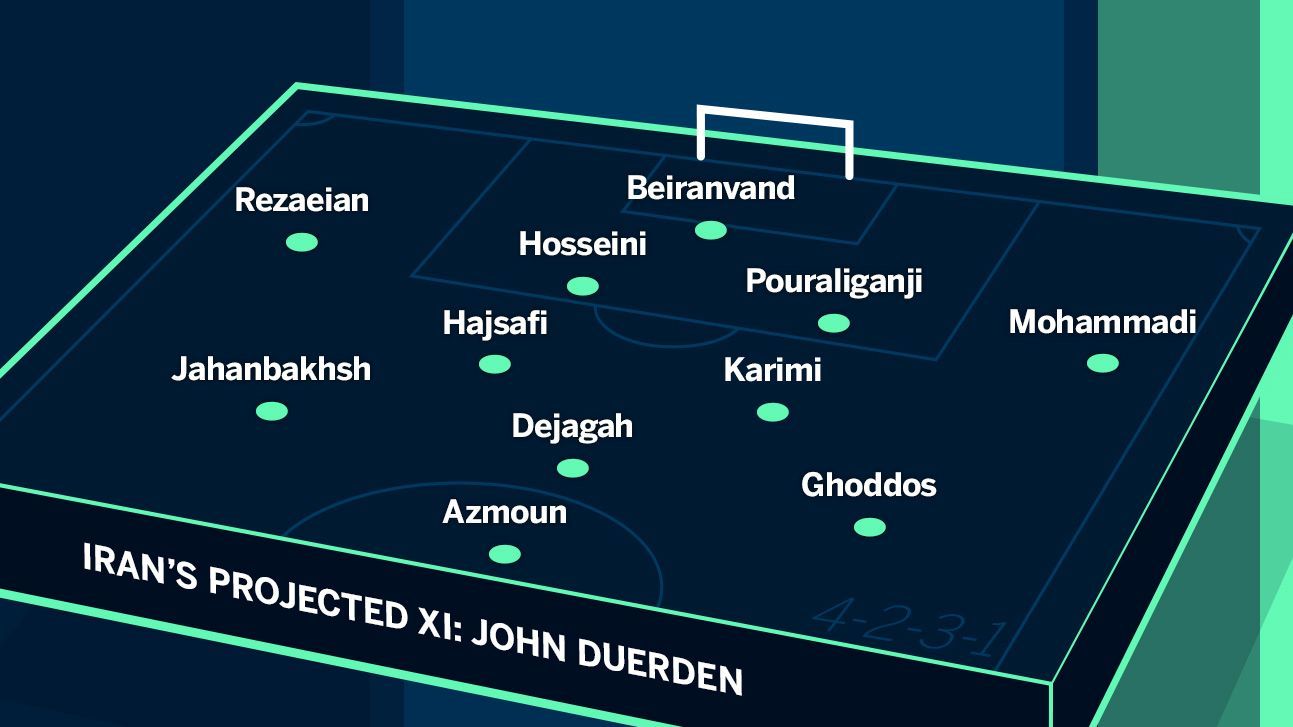 "For Iran to proceed from the group will be very difficult because Spain and Portugal are top teams but it will not be an easy task for them to beat Iran. Team Melli will make Iran proud." -- Tehran Times

"We want to write our own history and book a place in the second round for the first time. We firmly believe that we can do it because we have the potential." -- Dejagah 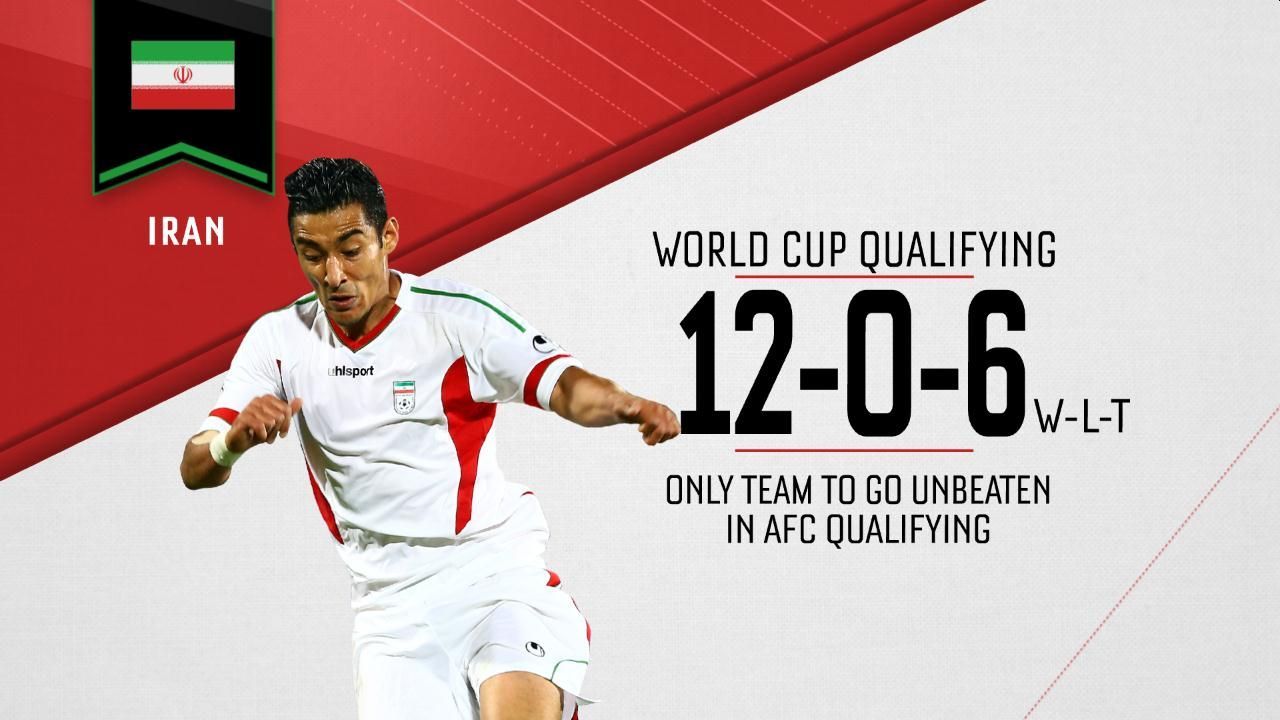 After an almost perfect qualification campaign and a feeling that things were really coming together to make a first knockout-stage appearance a real possibility, the draw was cruel. But if any Asian team can get out of it, it is Iran. Morocco will be far from easy, but three points from the opening game puts Team Melli within touching distance. There is no doubt Iran are capable of getting a result against Spain and/or Portugal, and it is fair to say Queiroz, former coach of Real Madrid and Portugal, is going to know more about the opposition than vice-versa.

Given the draw, as well as Iran's past history in the tournament, there are no demands to finish in the top two. Being in the mix for the final game would be acceptable, and their statistic of just one win in 12 previous World Cup matches really needs to be improved.

Yet if Iran can make it out of the group, there is no reason why they could not go a little further.