The 2018 World Cup is just over a month away and all 32 teams are preparing in earnest for their shot at the trophy in Russia. ESPN FC is previewing every team ahead of the opening game on June 14. Find all 32 teams here.

Despite being drawn in a group alongside Algeria, Zambia and African champions Cameroon, Nigeria made light work of their opponents and qualified with 14 points. It would have been more had their final match not been awarded to the Algerians after the Super Eagles fielded an ineligible player, although that administrative misdemeanour couldn't overshadow memories of convincing victories over the Indomitable Lions and the Fennecs.

Beyond securing the Eagles' spot in Russia, the qualifying campaign also served to restore the nation's belief in the team and herald in Gernot Rohr's new era.

There's on-field strength across the park, with every area apart from goalkeeper and arguably centre-forward stocked with options. However, perhaps the Super Eagles' key asset is the unity, morale and belief of this group of players.

Rohr has overlooked many of the underachievers of previous regimes and placed his faith in youngsters, many of whom have stepped up seamlessly to the international arena. The likes of Alex Iwobi, Kelechi Iheanacho and Wilfred Ndidi marry youthful exuberance with the mentality required to succeed in the Premier League, and Nigeria have enjoyed a largely serene buildup to the World Cup.

Goalkeeper remains a concern for Rohr following Vincent Enyeama's departure from the international scene and Carl Ikeme's leukemia diagnosis. The coach appears to have lost faith in his initial go-to stopper, Ikechukwu Ezenwa, and plumped for 19-year-old Francis Uzoho to start between the sticks in Nigeria's recent friendlies. The youngster overcame a nervy start to keep Robert Lewandowski at bay as Poland were beaten, but with only 180 minutes of La Liga football under his belt with Deportivo La Coruna, the inexperienced Uzoho is in danger of being exposed in Russia.

The central midfielder offers terrific experience, having won the Champions League, the Europa League, the African Cup of Nations and two Premier League titles, and is considered something of a father figure by the squad's new blood.

If the Super Eagles are under pressure, he plays a key role in controlling the tempo, retaining possession and ensuring the side maintain their structure. And as he has demonstrated in the Chinese Super League so far this term, he remains capable of making a decisive impact in the final third as well.

"This team remains inordinately reliant on its spine of Leon Balogun, John Obi Mikel and Victor Moses. That in itself is not a bad thing. Every team has a spine to build upon. However, what is increasingly glaring is that the level of the side without them does not so much depreciate as it does disappear altogether. It is one thing to go from a good side to a not-so-good side, and quite another to go from a good side to a turgid, bereft one." -- Solace Chukwu, Goal Nigeria 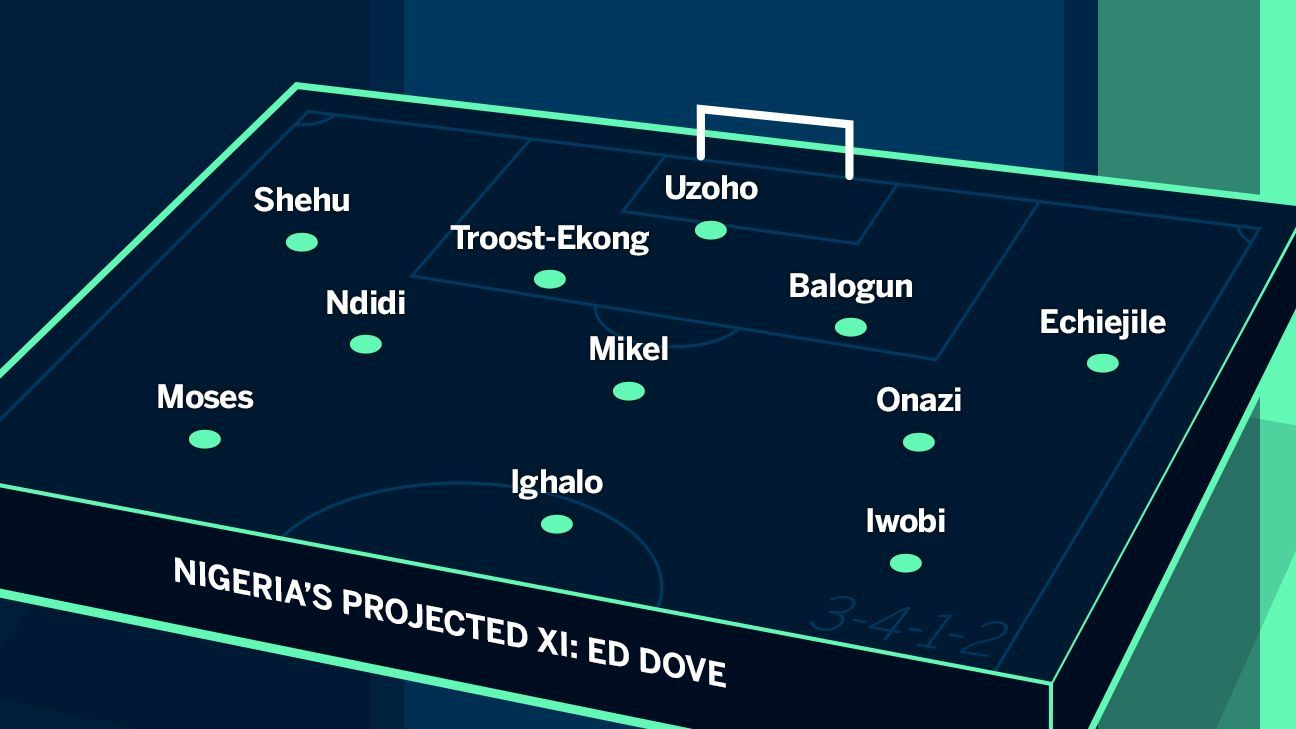 There was optimism in Nigeria after the World Cup draw was revealed, with Super Eagles fans boosted by a recent friendly victory over Argentina after being paired once again with the Albicelestes. However, the West Africans must play well to escape the first round, with Croatia and Iceland completing a tricky group that will take some negotiating.

A recent friendly defeat by Serbia should help the Eagles come back down to earth, but while that loss may refocus attention on the squad's deficiencies, the goalkeeping issue continues to cast a long shadow and may yet destabilise the team in Russia.