Croatia had significant problems in UEFA Group I, and managed to secure second place behind Iceland on the last matchday thanks to the 2-0 win in Ukraine The federation decided to fire the coach, Ante Cacic, just a few days previously, following the sensational 1-1 draw at home with Finland, and named the little-known Dalic as his replacement. Dalic eventually managed to lead the team to a 4-1 aggregate win over Greece in the playoffs, but the general feeling was that Croatia should have made the qualification process much easier. Losses in Iceland and in Turkey left a sour taste, and the Croats managed to score only 15 goals in 10 group fixtures.

To put it simply, Croatia possess some of the best midfield options in the world. In Real Madrid's Modric and Mateo Kovacic, Barcelona's Ivan Rakitic and Inter Milan's Ivan Perisic and Marcelo Brozovic, they can rely on true world-class performers in this area and this is the core of their team. Add quality up front in Juventus' Mario Mandzukic, Milan's Nikola Kalinic and Hoffenheim's Andrej Kramaric, and you get a magnificent lineup that is capable of beating any team on their day. Indeed, Croatia deservedly won against Spain at Euro 2016, and they will never feel inferior against any rivals. Most of the players are experienced at the big stage as well because they play for top teams in the best leagues. They won't be overwhelmed at the World Cup.

Attitude is the biggest problem Croatia are expected to face, and we are not talking about the players. Anonymous coaches appointed in recent years (first Cacic and now Dalic) are seen as puppets who don't make decisions themselves, and it is unclear whether the stars can respect them. Dalic is very inexperienced and has already proved to be nervous under pressure. The media atmosphere surrounding the team is usually quite problematic, and it could hurt the nation's chances. On the pitch, defence is the weakest link, as Dejan Lovren, Domagoj Vida and Sime Vrsaljko are all error-prone, whereas 32-year-old Vedran Corluka has only recently recovered from a serious knee injury.

Luka Modric is one of the very top midfielders of his generation and this could be the last World Cup for the 32-year-old superstar. Visionary and technically sublime, the captain is the ultimate playmaker for Croatia, and the game tends to go through him, especially when he is on song. 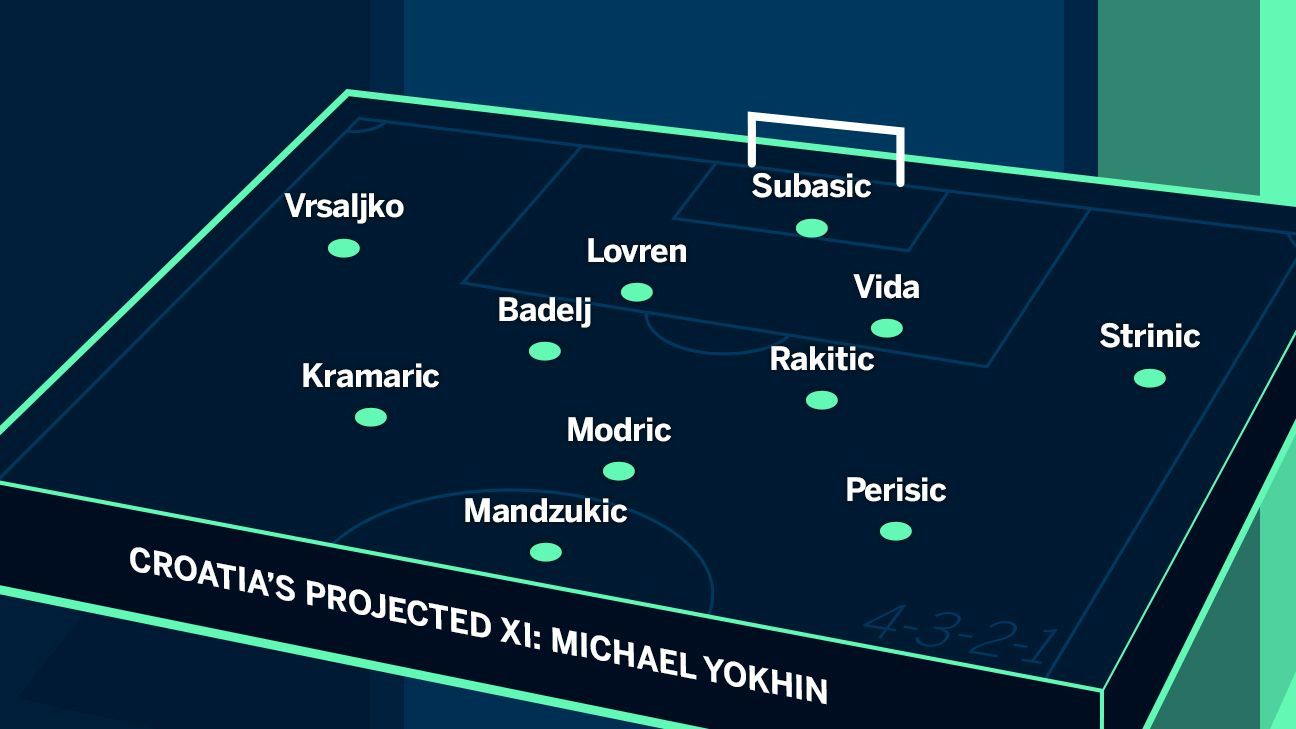 "We have quite a few big names in the squad. Those guys represent top clubs, and they are experienced playing together for the national team. The 2018 World Cup is the last chance for this extraordinary generation, which is the finest the country had produced since the bronze-winning heroes of 1998. Taking talent into account, they could possibly go far, but on the other hand they still don't have an established style that would make the team more than just a sum of individual parts." -- Aleksandar Holiga, chief editor at Telesport.hr

A positive atmosphere within the squad and a coach who is respected are crucial to success. Croatia lack those specific ingredients and they are in a very tough group with Argentina, Iceland and Nigeria. In fact, Iceland managed to finish ahead of them in their UEFA qualifying group and it is likely to happen again on the big stage. The potential is remarkable, but if one has to make a prediction, one could see a group stage exit.