Hareide's side finished five points behind Group E winners Poland, meaning victory in a playoff with the Republic of Ireland was required to send them to Russia. They had mixed cause for optimism: A home defeat to Montenegro had boded ill early in the qualifying campaign, but it was followed last September by a resounding 4-0 win over the Poles. In the playoff, Denmark took the latter course against Ireland. A goalless draw in Copenhagen left all to play for in the second leg, where they proceeded to stun a fervent Dublin crowd by winning 5-1. Few could have seen that coming after Shane Duffy scored early on for the hosts, but Denmark's recovery, led by a thrilling Christian Eriksen hat trick, was remarkable and sent them to the World Cup on an unexpected high.

Denmark are powerful, organised and relatively direct, using the height of the 6-foot-3 Nicolai Jorgensen up front to good advantage and sometimes fielding Andreas Cornelius, who stands at 6-foot-4, wide on the right. There is plenty of size and strength elsewhere in the team, with 6-footers Thomas Delaney and William Kvist an industrious pair in central midfield, while captain Simon Kjaer, of Sevilla, is a hugely experienced centre-back.

In 12 qualifying games, including the playoffs, they conceded only nine goals. Yet they are hardly a team of long ball merchants and perhaps their greatest quality is the way in which they can mix things up: They have fine technical players such as Eriksen and winger Pione Sisto and are just as capable of prising teams open on the ground.

There are obvious issues at full-back, where Hareide is struggling to settle on a convincing pairing. The left-back spot is a particular concern: Jens Stryger Larsen of Udinese operated there during the playoffs in the absence of Riza Durmisi, who was injured, but Nicolai Boilesen is also an option, and Ipswich's Jonas Knudsen was given the shirt in March's goalless draw with Chile. There is no stand-out contender for the role, and there is a dilemma at right-back, too.

Andreas Christensen filled in during the second leg against Ireland to good effect but is a central defender by trade, and there is a risk Hareide may try too hard to shoehorn him in. Stryger Larsen could move to his favoured position, while Peter Ankersen and Henrik Dalsgaard are also tried-and-tested options, but the solution is not yet clear. Another common gripe is that Kvist and Delaney are not a combination given to moving the ball smoothly enough between defence and attack.

Christian Eriksen is the man who lifts Denmark above the mean. He is one of the best playmakers in world football and the man who will be relied on heavily if they are to advance far this summer. He operates in the No. 10 position for Hareide and was near-unstoppable in the qualifiers, scoring eight times even before that unforgettable occasion in Dublin. Hareide called him "an inspiration to those around him, a world-class player" after his hat trick, and it is true that when Eriksen is on song, Denmark invariably are, too. While the emergence of Sisto -- the 23-year-old Celta Vigo player is a fine talent and scored the winner against Panama in March -- is welcome, there is nobody else who can don Eriksen's mantle right now. 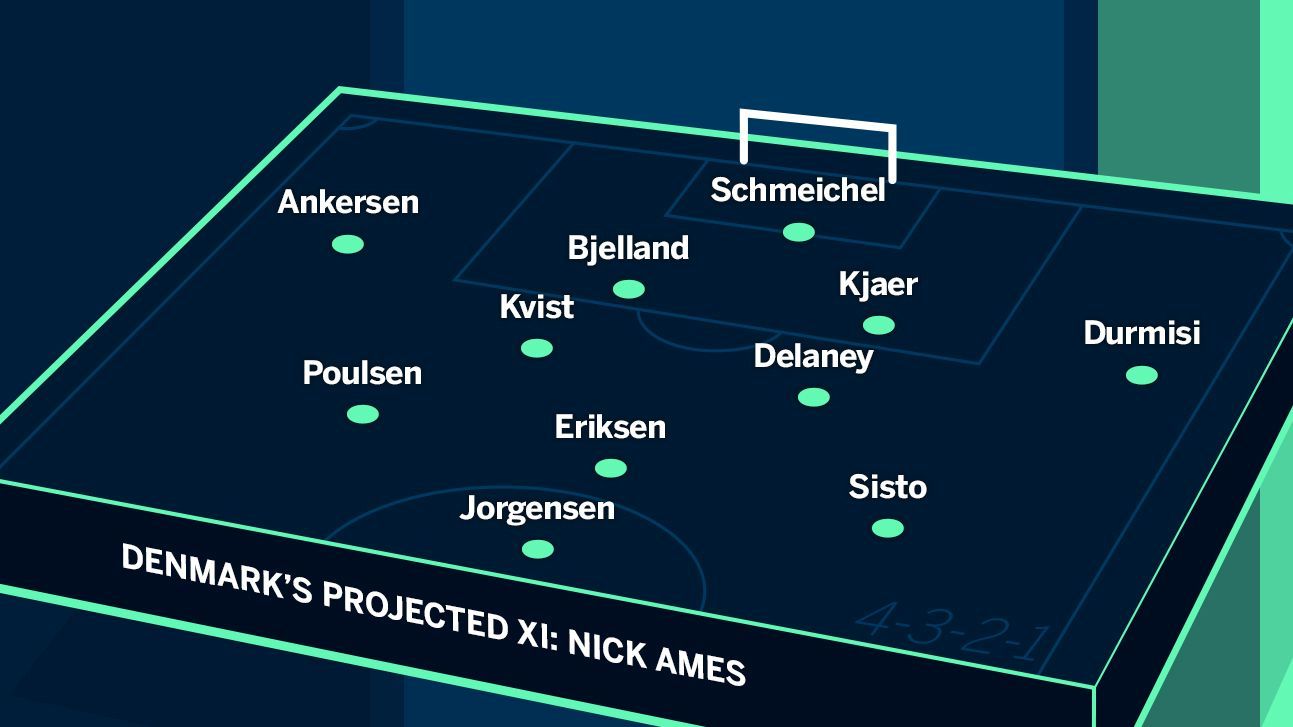 "Several Danish experts have predicted that Hareide's players have a great opportunity to earn second place in the group." -- Jyllands-Posten, Danish newspaper

Group C might be more open than it looks with France clearly vulnerable, but Denmark are likely to battle it out with Peru for second place. Their experience -- and Eriksen -- will see them through, but it is hard to see them going beyond the last 16.