The French team topped Europe's Group B, which featured Netherlands and Sweden, but qualification was closer than expected. Deschamps' men finished four points ahead of both the Dutch and the Swedes, losing to Janne Andersson's side away and also dropping points against Belarus and Luxembourg.

A maximum points haul was not expected, but it was feasible, so the loss in Sweden and the home draw with Luxembourg was disappointing.

France boast an abundance of young talent and strength (not to mention quality) in depth that almost every other nation can only dream of. With the exception of a few select positions, notably left-back and right-back, Deschamps has an enviable array of proven star quality or exceptional promise to choose from.

The 1998 World Cup and 2000 European Championship-winning captain is going to have a stronger headache than most in deciding who to leave behind this summer.

Les Bleus have started to believe their own hype, and as history will attest, that is not a good thing. Back in 2013, France rode the crest of a wave of national unity as the nation fell back in love with their footballers after a lengthy period of turmoil to reach the 2014 World Cup in Brazil.

That "feel-good" factor carried over into Euro 2016 on home soil but has since worn off. Deschamps, who has had his contract renewed until 2020, has come in for criticism for not getting better out of this squad, while big stars like Manchester United's Paul Pogba have been accused of not doing enough for the team.

This summer in Russia will be critical for the current French generation.

Despite boasting the likes of Pogba and Paris Saint-Germain's Kylian Mbappe, Atletico Madrid's Antoine Griezmann remains France's talisman. However, Griezmann is not immune to the issues currently ailing Deschamps' squad, and his return of four goals from 10 qualification appearances reflected the nation's bumpy road to Russia. 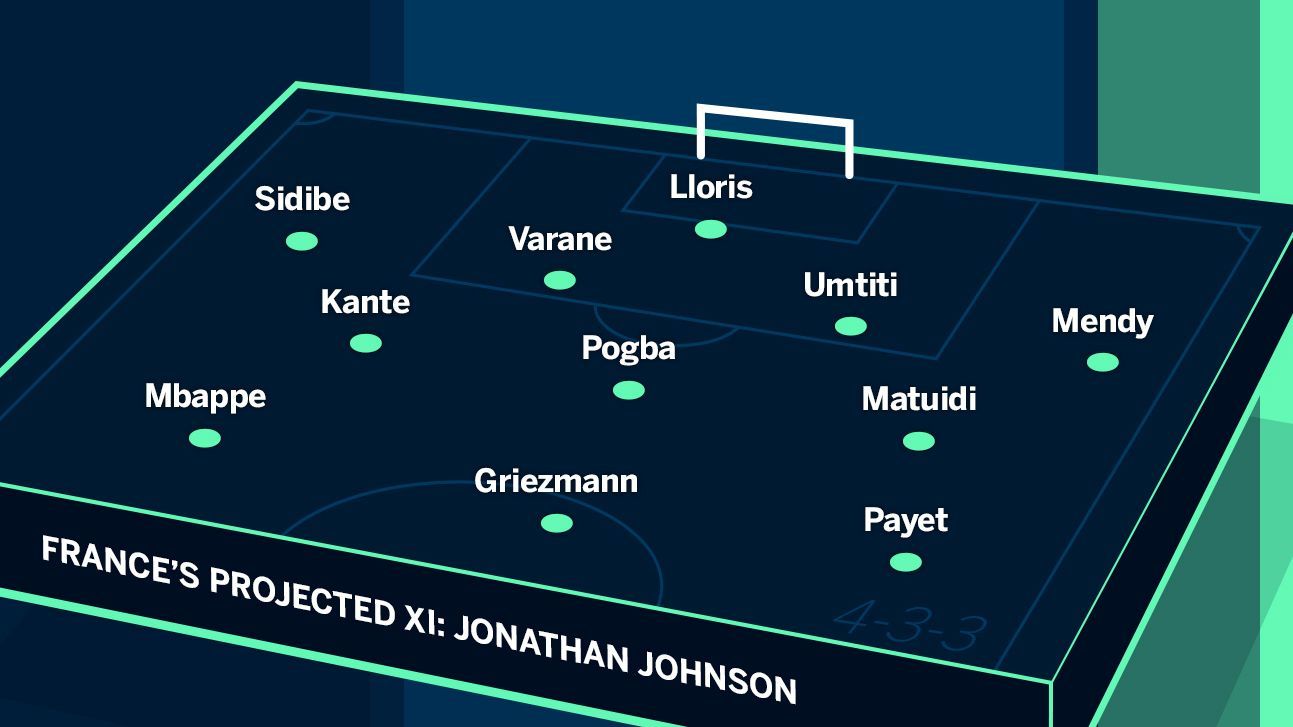 "Pogba and Griezmann are viewed as the strong men of this team. The other players are proud to play alongside these guys. Pogba and Griezmann do not seem to understand that, though. They are both rappers, actors, directors, dancers, footballers and basketball players at the same time: Griezmann has even said he would prefer to play basketball! A few months before a World Cup, they need to be concentrating. They have to lead the way! They cannot be asking journalists to "get behind us and push us higher" or "get behind Grizou and take him higher." What is this c--p? It is up to them to take us, the nation, there! This French team lacks character and mentality." -- RMC Sport's 1998 World Cup and Euro 2000-winning pundit Christophe Dugarry after defeat to Colombia in March 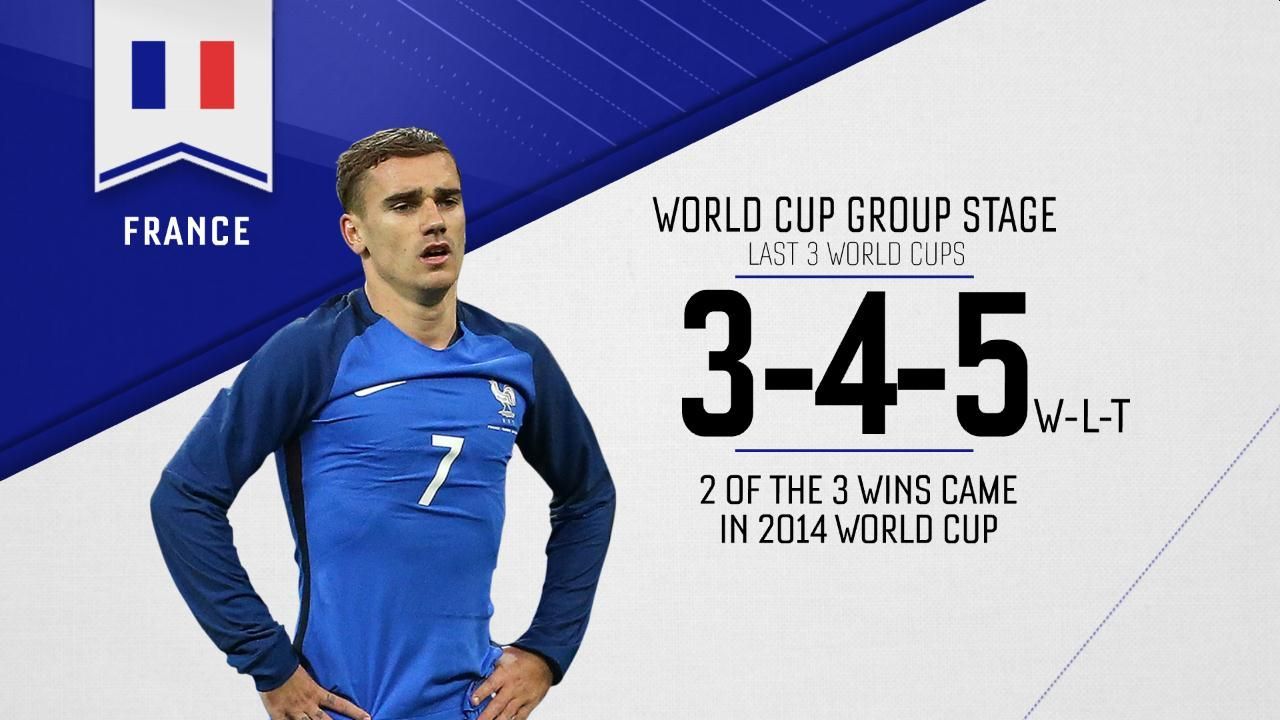 France should top Group C ahead of Australia, Denmark and Peru but find things harder in the latter stages. Argentina, Croatia, Iceland and Nigeria are all possibilities in the round of 16, while Portugal, Spain, Russia, Uruguay and Egypt could all follow in the quarterfinals.

Les Bleus will probably reach the last eight, but going further than that will require a significant change in attitude. Perhaps the the tournament will bring exactly that, making the semifinals a distinct possibility.