FRISCO, Texas -- Now that the Dallas Cowboys have placed the franchise tag on quarterback Dak Prescott, when will he show up at The Star?

The Cowboys maintain their priority is to sign Prescott to a long-term deal. But until the quarterback is sitting at a table, flanked by owner and general manager Jerry Jones and executive vice president Stephen Jones, with a contract to sign, we aren't sure when we'll see Prescott on the field again.

There is a real chance that Prescott will not show up for the offseason program -- provided teams don't cancel workouts because of the coronavirus outbreak -- since his absence is his only leverage at the moment. 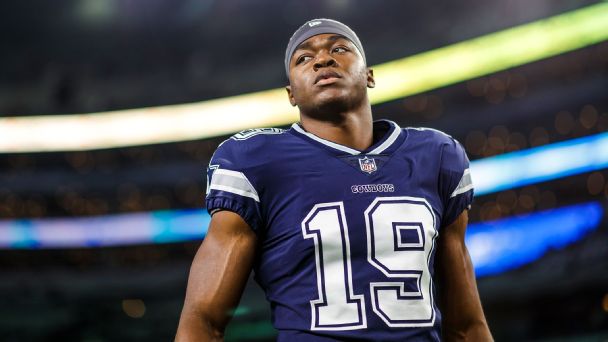 Cowboys coach Mike McCarthy is not installing a new offense, but there will be tweaks to the scheme Prescott has run in his four seasons as the starter, and it would be better for him to understand those changes now rather than later.

The Cowboys' offseason program is scheduled to start April 6, but captains' workouts, which Prescott has not missed, begin soon -- provided the facility isn't closed to players due to the coronavirus. Since this is McCarthy's first season, the Cowboys are scheduled to get an extra voluntary minicamp the week before the draft in addition to the nine organized team activities and the mandatory June minicamp.

Would McCarthy rather have Prescott or backup Cooper Rush take that work with the first-team offense?

You don't have to answer that question.

Last year, the Cowboys faced a similar dilemma when they put the franchise tag on defensive end DeMarcus Lawrence for the second consecutive year. He had resolved not to show up for the offseason work, but he also needed shoulder surgery. Instead of a July 15 deadline, the Cowboys knew they had to get Lawrence signed quicker in order for him to be ready for the season opener on Sept. 8.

Lawrence signed a five-year deal on April 9, 2019, had the surgery a few days later and missed training camp, but he was ready to play by Week 1. He finished the 2019 season with a disappointing five sacks.

In 2018, Lawrence was handed the tag for the first time and signed it immediately, guaranteeing him $17.1 million. He did not miss any of the offseason program and had his second straight Pro Bowl season that year.

Why franchise-tagging Dak could backfire on the Cowboys

Jeff Darlington, Domonique Foxworth and Dan Orlovsky explain how the Cowboys placing a franchise tag on Dak Prescott could backfire, while Bobby Carpenter maintains faith in Jerry Jones paying him.

In 2015, the Cowboys put the franchise tag on Dez Bryant, and the wide receiver showed up sparingly to offseason work. Minutes before the July deadline, Bryant signed a five-year, $70 million deal. Early in training camp, Bryant suffered a hamstring strain. In the 2015 season opener, he broke his foot, and he was limited to nine games that season.

Now Prescott has a decision to make.

Prescott took a huge gamble last season by playing out his rookie contract on a $2 million base salary while the Cowboys had an offer on the table worth $33 million a year that included a nine-figure guarantee. Why would Prescott sit out now with the chance to make either $27 million (non-exclusive) or $33 million (exclusive) a year, depending on which franchise tag the Cowboys use?

Prescott has not missed a day in the offseason since arriving as the Cowboys' fourth-round pick in 2016. Teammates laud his work in April through June because it helps them stay on the same page from September through December (or whenever the Cowboys' season ends).

He is the unquestioned leader of the Cowboys. The heartbeat of the operation.

Now that they are at this point, with the franchise tag in use, one could argue that the Cowboys undervalued Prescott as well as argue that Prescott's camp overvalued the quarterback. Both sides made missteps.

The next day that matters most, at least contractually, is July 15. If Prescott does not sign a contract by that day, then he has to play the 2020 season on the franchise tag, and it is likely the two sides will be holding this same song and dance next winter.

The day that might matter more, at least internally, is April 6, when the offseason program begins. Will Prescott be in attendance?

If he is, then the Cowboys and McCarthy can breathe a sigh of relief.

If he isn't, then the Cowboys and McCarthy should be worried.